In May 2020, during the most volatile period in the oil & gas sector in 40 years, Nigeria LNG Ltd (NLNG) signed a historic US$3 billion corporate loan to finance the construction of its seventh liquefied natural gas (LNG) train. The Nigeria LNG Train 7 project (Train 7), expected to boost Nigeria's LNG output by close to a third, is seen as a strategic imperative for the country's long-term economic stability.

The financing package for the development of Train 7 set a new template for structuring expansion financings in the international oil & gas sector. The large and complex financing is the first time that development of an LNG project has been financed using a multi-sourced corporate loan structure. Train 7 will be financed by a combination of NLNG's internally generated cashflows and US$3 billion of debt raised from a broad range of financiers, including three export credit agencies (ECAs), two developmental financial institutions (DFIs) and 26 international and Nigerian banks.

Structured as hybrid corporate finance, the Train 7 financing shares features of both corporate and project finance, even though it fits more towards the corporate end of the finance spectrum. From a bankability perspective, regardless of the financing's ultimate classification, the overall risk assessment was similar, although financiers derived comfort from NLNG's operational and financial track record and its robust credit history.

During a difficult period for the market, the Train 7 financing sends a signal to international markets that oil & gas projects with strong fundamentals can continue to raise debt—even in the midst of a global pandemic and one of the worst oil & gas shocks in history.

The Train 7 project is led by NLNG, a joint venture between the Nigeria National Petroleum Corporation (NNPC) and international oil majors Royal Dutch Shell, ENI and Total, established in 1989 to monetize Nigeria's vast but underutilized natural gas reserves. NLNG commenced operations following the successful completion of its two-train base project in October 1999 on a site approximately 40 kilometers south of Port Harcourt on the eastern part of the Niger Delta.

NLNG currently operates a liquefaction complex comprising six complete liquefaction trains and associated facilities with a capacity of 22 million tons per annum (mtpa) of LNG and five mtpa of liquefied petroleum gas and condensates. It has grown to become a leading LNG producer in the Atlantic Basin and transformed Nigeria into one of the largest LNG exporting countries in the world.

Train 7 will add approximately eight mtpa of LNG and increase NLNG's overall capacity to 30 mtpa, while further bolstering Nigeria's competitiveness in the global LNG market. The Train 7 financing leveraged NLNG's credit history and long-term operational and profitability track record to establish the hybrid structure, which enabled NLNG to raise a nine-year US$3 billion corporate loan with an availability period of four years. Lenders will rely on NLNG's balance sheet and will have no direct recourse to NLNG's shareholders for the Train 7 financing, including during the construction phase.

Train 7 has received support from a diverse group of global financiers, including:

The international and Nigerian banks and the DFIs provided US$1.5 billion of debt on an uncovered basis, and the South Korean and Italian ECAs directly funded or covered the remainder of the Train 7 financing. Guaranty Trust Bank and Sumitomo Mitsui Banking Corporation (SMBC) were the joint financial advisers.

Train 7's financing structure has created a new playbook showing how similar projects may be funded in the future. NLNG's strong cash position provided a solid foundation for the innovation.

Prior to the Train 7 financing, NLNG was essentially a debt-free company with significant cash reserves on its balance sheet. Its lease obligations under LNG tanker time-charters with its wholly owned shipping subsidiary, Bonny Gas Transport, accounted for the balance of its substantive financial liabilities. In addition to its strong credit history and low leverage, NLNG built a successful operational track record over two decades and attracted a strong portfolio of internationally rated buyers under long-term sales arrangements.

As NLNG expanded production capacity over time, its turnover grew substantially, with high profit margins allowing it to deliver consistently strong financial results year-on-year. Even as its business matured, NLNG's shareholders continued to be integrally involved throughout the value chain, from dedicated long-term gas supply through to technical support and marketing and sales. NLNG's credit strength meant it could approach the market with a financing proposal for Train 7 that was heavily slanted towards corporate finance. The group was able to rely heavily on its historic financial performance and operating track record, which allowed for flexibility when choosing its financing model.

Traditionally, large-scale LNG expansions have been financed using a project finance model with some degree of recourse to additional credit support during the construction phase.

This reflects the capital-intensive nature of expansion projects, the associated construction and interface risks, and the longer debt tenors typically sought. However, NLNG's financiers accepted hybrid financing terms for Train 7 on the spectrum between corporate and project finance.

Although NLNG sought to raise US$3 billion in debt, it had significant turnover from its existing operations, with multiples of earnings to cover debt service—even before factoring in the future cashflow from Train 7. This provided a strong mitigant for the financiers against the completion risk of Train 7. Nevertheless, NLNG is still essentially a single asset business operating within the LNG industry, and the Train 7 financing was seeking a nine-year tenor, which was at the high end for corporate finance. Therefore, certain project finance characteristics, in particular lender controls and oversight, were incorporated into the financing terms. These characteristics were generally much lighter than would be found in more classic project finance models. For example, the security package provided as part of the Train 7 financing is not the full-blown security regime typically found in project finance transactions.

While security extends to NLNG's bank accounts and LNG sales, the controls over its commercial arrangements are less extensive. NLNG retains the flexibility to manage its business with minimal interference in the normal course. This includes the freedom to establish and operate its accounts and manage its cashflows and investments outside the confines of a controlled payment waterfall structure.

Notwithstanding the hybrid nature of the Train 7 financing, the overall risk assessment was very similar from a bankability perspective, regardless of its ultimate classification, whether as corporate finance or project finance, or a combination of the two. However, the financiers derived comfort from the management of NLNG's operations over the preceding 20 years and assumed that NLNG would continue to conduct future business in a prudent and rational manner.

The Train 7 financing undoubtedly benefited from a number of economic factors that facilitated the financing terms it was able to secure.

A number of NLNG shareholders, well known in the international debt and capital markets, had interests in successful LNG operations across the value chain in other parts of the world. NLNG had generated close to US$7 billion in gross revenues in 2018 and consistently achieved approximately 30 percent average profit margins. Based on its historical financial performance, the financial model in the management case presented to the financiers indicated that NLNG was expected to maintain a strong financial profile during the life of the Train 7 financing. Even under conservative assumptions, it was projected to be able to service its debt obligations through its contracted LNG volumes from its existing Trains 1 to 6 operations.

From the financiers' perspective, these factors reduced the Train 7 completion risk and reinforced the approach of focusing on NLNG's balance sheet rather than relying onmodeling the forecast revenues from the Train 7 project. Although NLNG ran a number of modeling sensitivities for the financiers, the corporate finance approach of balance sheet financial ratios was adopted, with a focus on EBITDA, gearing and net worth, rather than forecast cashflow ratios applied in project finance.

Before Train 7, NLNG had implemented three expansions, including the NLNG Plus Project, comprising Trains 4 and 5, which had been funded through multi-sourced project finance in 2002. Each of the expansion projects was built in line with Shell's design and engineering practices under its own lump-sum turn-key construction contract. Each project was delivered under budget and within three months of the scheduled completion date.

NLNG's operations have been underpinned by technical support and robust health, safety and environmental management systems. Shell Gas Nigeria BV provides ongoing technical and operational assistance to the existing LNG complex and will continue to do so for Train 7. Shell's active participation has played a key role in ensuring that NLNG's production consistently exceeded its nameplate capacity over the past ten years. From the financiers' perspective, NLNG's experience in completing expansion projects and the technical combined with operational support provided by Shell Gas Nigeria BV mitigated NLNG's construction and operating risks for Train 7.

The natural gas for the complex is supplied to NLNG by experienced upstream gas developers affiliated with its shareholders under three long-term gas supply agreements. The gas developers source natural gas from a large number of fields with proven, deliverable reserves. These are transported to the plant by gas transmission systems.

NLNG's gas supply agreements allow for capacity optimization among the gas suppliers to ensure NLNG's supply security. In addition, NLNG benefits from long-term take-or-pay sales agreements for the existing Trains 1 to 6 with LNG buyers with strong credit and/or long-term access to regasification terminals, and it has concluded the LNG sales agreements in connection with Train 7.

To further mitigate marketing risk from a bankability perspective, NLNG has undertaken to maintain a minimum annual base contract quantity of LNG sales contracts for the duration of the Train 7 financing. The basket gives NLNG the flexibility to respond to current market conditions and optimize its sales strategy, while providing assurance to the financiers that NLNG will maintain a minimum contracted volume of LNG sales at all times.

NLNG makes a significant contribution towards the Nigerian government's revenue drive and its objective of eliminating all flaring of associated gas. In recognition of the likely benefit to Nigeria's economy, the Nigerian government promulgated the 1993 Nigeria LNG (Fiscal Incentives, Guarantees, and Assurances) Act, which allows NLNG to establish and operate foreign accounts with minimal foreign exchange restrictions.

The NLNG Act granted NLNG and its shareholders certain tax incentives, guarantees and assurances by the government. This legislative backing mitigates foreign exchange and volatility risks, as the requirement for repatriation of proceeds of sale is not applicable to NLNG's revenue flows.

NLNG's entire gas intake is supplied under three gas supply agreements with gas suppliers operated by affiliates of its shareholders. Similarly, some of its produced LNG is sold to affiliates of its shareholders. This vertical alignment of interests has guaranteed NLNG's enduring success. It reduces conflicts of interest related to delivery delay or failure, force majeure and other defaults, which could typically cause tension between gas suppliers and LNG producers (on one side) and LNG producers and their buyers (on the other). This dynamic provides a further measure of justification for the limited controls that the financiers agreed to impose on NLNG's commercial arrangements.

It is clear that strong fundamentals underpinning NLNG's business enabled it to attract the groundbreaking US$3 billion hybrid corporate loan and to introduce ECAs into the debt mix to augment the commercial bank offering and enhance liquidity and pricing. NLNG responded to bankability issues and structured the financing to accommodate the needs of a diverse range of financiers. 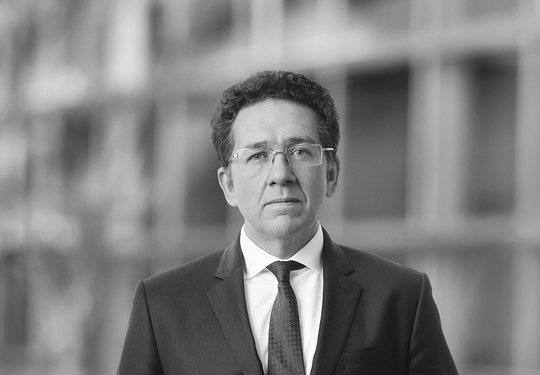 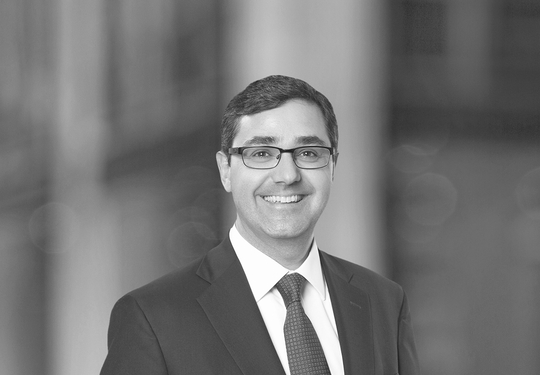