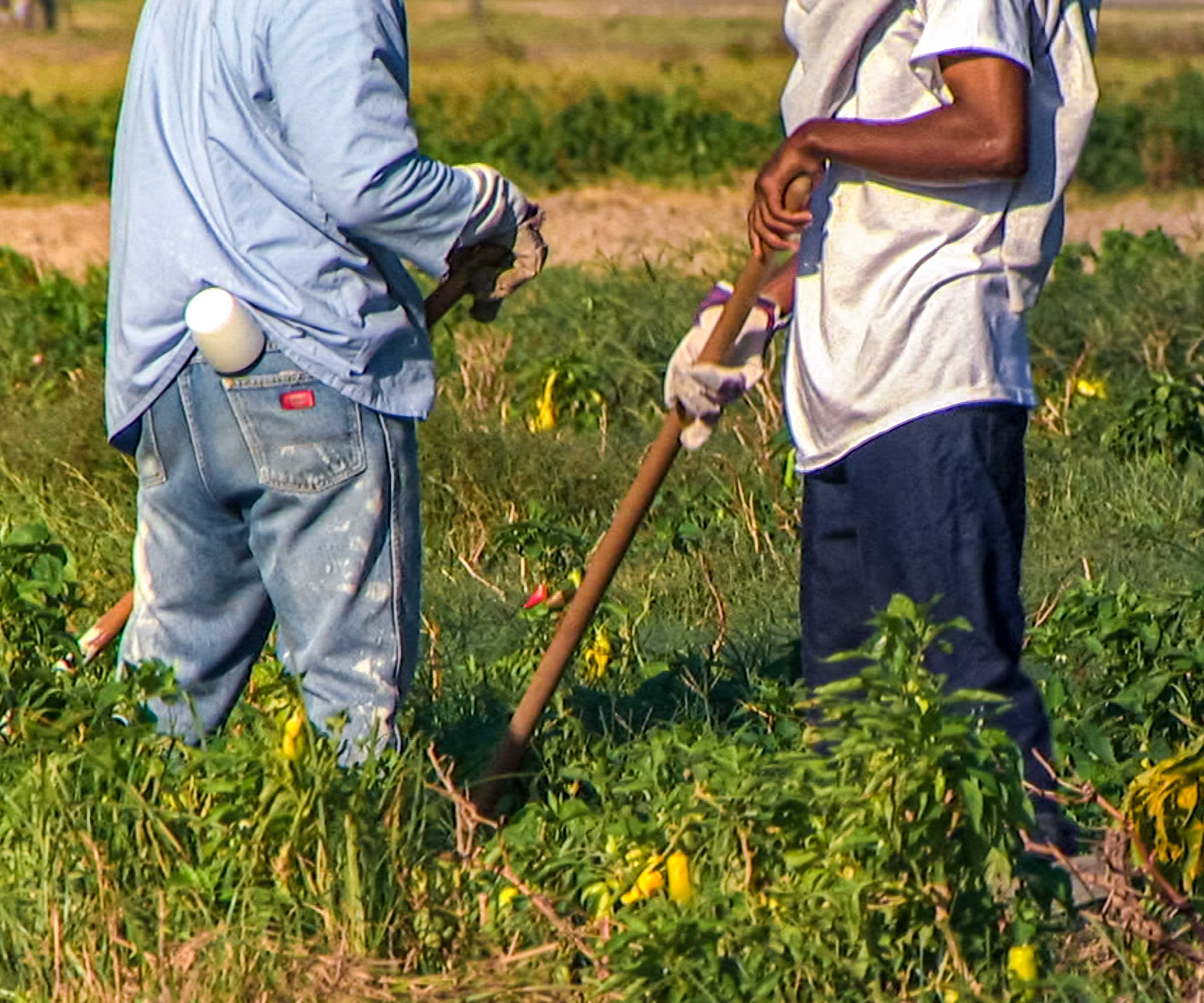 Prisoners at the maximum security Louisiana State Penitentiary known as Angola at work in the prison farm. © HBO

“The murder of George Floyd and others—and the protests that followed around the world—were catalytic events for our group, as for so many people,” said Dana Foster, partner in Washington, DC and a co-chair of the Task Force. The other co-chairs are counsel Charles Moore and associate Trisha Grant, both of our Washington, DC office; associate Gina Chiappetta in New York; and associate Louise Lundberg in Brussels. Our Antitrust practice is a large, global one with multiple areas of expertise that we wanted to deploy to support matters focused on racial justice. Our lawyers are now working on litigation, contract and other legal matters, as well as supporting community initiatives designed to drive education and economic empowerment.

To date, the Task Force’s largest pro bono project is working with The Promise of Justice Initiative (PJI) in Louisiana. In April 2020, the US Supreme Court ruled in Ramos v. Louisiana that the right to a jury in criminal trials embedded in the Sixth Amendment to the US Constitution includes the requirement that the jury verdict be unanimous, even at the state level. Louisiana and Oregon were the only two states that allowed non-unanimous jury verdicts, and the potential impact on ongoing and future cases, and these states’ prison population, is significant.

Louisiana’s non-unanimous jury rule has an insidious past. Following the Reconstruction era from 1865 to 1877, Louisiana created the convict-leasing system, which provided prisoner labor to plantations.  In 1880, Louisiana removed the unanimity requirement for criminal trials to address the state’s insufficient incarceration population; in effect, the convict-leasing industry motivated legislators to help supply more convict labor. In 1898, Louisiana preserved the racist law in its constitution. The constitutional amendment also diminished the power of potential Black jurors who had only recently been allowed to serve on juries.

The results were predictable: Today, Louisiana has the highest incarceration rate of any US state by a significant margin. The number of people serving sentences of life imprisonment without the possibility of parole in Louisiana is higher than that of the next five highest states combined.

Many prisoners convicted with non-unanimous juries are still in the appeal process so can therefore use this US Supreme Court ruling to support their requests for retrials. But PJI estimates that approximately 1,500 prisoners have already exhausted all their avenues for direct appeal; therefore, they are required to seek retroactive application of Ramos v. Louisiana within 12 months of the US Supreme Court’s April 2020 ruling.

More than 40 partners, associates and legal staff from four US offices in our Antitrust, Disputes, Commercial Litigation and M&A practices are working on 16 separate cases to file post-conviction relief applications in which we will ask the Louisiana State Court to apply Ramos v. Louisiana retroactively for our clients.

In addition to the five co-chairs, the Task Force members include Mark Gidley, partner and chair of the Global Antitrust/Competition Practice in Washington, DC; Jack Pace, Head of the Competition Section for the Firm’s Americas Region in New York; and more than 50 partners and associates from six offices in the US and European Union. The group has launched multiple initiatives and galvanized participation by our Antitrust practice lawyers around the world. The Task Force’s other projects include contract review for the Justice Innovation Lab in South Carolina, which is partnering with the local prosecutor’s office to obtain data on prosecutorial decision-making to assess at which point in the process there may be breakdowns or bias.