“Ingrid York is a fantastic specialist in complex derivatives and synthetic securitisations. She is extremely proactive and results-oriented, very on-top of market practice and the newest innovations. She is very pragmatic.”
Legal 500 UK 2021: Derivatives & Structured Products

Ingrid practices in the Firm's Capital Markets group in London. She is co-Global Head of White & Case's Financial Institutions Industry Group, as well as the head of the Firm's Global Derivatives Interest Group and the derivatives team and structured finance practice in London. Qualified in New York; England and Wales; and New South Wales, Australia, Ingrid supports various sovereign and quasi-sovereign entities and other international clients, including major financial institutions and banks and corporations.

Ingrid was included in Law.com's "Women, Influence and Power in Law Awards – Class of 2021", Legal Media Group's "Women in Business Law Guide 2020" and The Lawyer's prestigious "Hot 100" list for 2018 and named in the "Top 5 Young European Legal Innovators of the Year" at the FT Innovative Lawyers Awards 2017. Ingrid is also a "Ranked Lawyer" in Chambers UK 2021 and is named as a "Leading Individual" in Legal 500 UK 2021. Previously, she was also recognised as a "Rising Star" in Finance at the Euromoney European Women in Business Law Awards 2015.

Taskforce on Scaling Voluntary Carbon Markets
Ingrid is a founding member of the Taskforce on Scaling Voluntary Carbon Markets, initiated by Mark Carney, UN Special Envoy for Climate Action and Finance Advisor to Boris Johnson for COP26. The Taskforce is chaired by Bill Winters, CEO of Standard Chartered, and sponsored by the Institute of International Finance. The Taskforce is a private sector initiative with a goal to create a blueprint to scale voluntary carbon markets.

The Taskforce is comprised of more than fifty leaders from six continents including experts from the financial sector, market infrastructure providers and buyers and suppliers of carbon offsets, to map the vision for a liquid, transparent and reliable carbon market that makes a critical contribution to tackling climate change.

Societe Generale
Representation of Societe Generale on the issuance by a French securitisation vehicle Fonds commun de Titrisation (FCT) of balance sheet notes linked to a landmark US$3.4 billion impact investment risk transfer related to the Bank's diversified lending portfolio. The transaction incorporates an innovative factor to incentivise additional Positive Impact Finance lending, and is the first significant risk transfer transaction to use an FCT structure under French law since 2008. It was awarded "Innovation of the Year" and received an honourable mention in the "Impact Deal of the Year" category at the SCI Capital Relief Trades Awards 2019.

Banco Sabadell
The EIF, in its capacity as Guarantor, and EIB on a loan portfolio securitisation originated by Banco Sabadell to provide EUR 576 million to support small and medium-sized enterprises ("SMEs"). The EIB Group via the EIF granted Banco Sabadell a EUR 96 million guarantee for a loan securitisation portfolio, which will enable the Spanish bank to increase its lending capacity to offer EUR 576 million in financing for the projects of Spanish companies, primarily the self-employed, SMEs and mid-caps. The agreement includes a commitment to direct part of the new Banco Sabadell financing to investments promoting climate action, which is key to a green recovery following the pandemic. The financing will go to projects focusing on improving companies' energy efficiency, driving renewable energies, refurbishing commercial buildings to reduce energy use, and investments for purchasing low-emissions commercial vehicles and agricultural equipment with low fuel consumption and a major environmentally friendly element.

Olympic AVIS Greek Auto ABS
Representation of the investor teams from the EIF and the European Bank for Reconstruction and Development (EBRD) on a rare Greek Auto ABS, involving the securitisation of auto leases to Greek SME and corporate customers originated by Olympic Commercial & Tourist Enterprises Single Member S.A. (Avis Hellas). Avis, a market leader for auto lease contracts in Greece, has also committed to utilizing a portion of the issuance proceeds to implement projects for the reduction of its carbon footprint.

Credit Agricole Corporate and Investment Bank (CA-CIB)
Representation of CACIB on €830 million in new funding for French SMEs and ISEs through a synthetic securitisation. The transaction was one of the first large scale transactions under the 'European Investment Plan' (the Juncker Plan). Having the EIF guarantee CACIB's corporate portfolio in return for a commitment to the EIB Group for new SMEs financing forges a bridge between corporate investment banking activities and the financing of SMEs in the French regions.

Government of the Republic of Cameroon
Advised the Government of the Republic of Cameroon on a EUR/USD cross-currency swap for hedging their debut sovereign $750 million Eurobond. W&C was responsible for drafting and negotiating a highly customized structure, as the hedging agreement was overlaid by a partial guarantee from the African Development Bank (AfDB). The transaction has won multiple awards, taking "Deal of the Year – Debt" from the African Banker Magazine and saw White & Case awarded a first place "Standout" ranking from the Financial Times in its European FT Innovative Lawyers Awards in 2017 "New Markets and Capital ".

Legal 500 UK 2021: Derivatives & Structured Products:
'Ingrid York has great client relationship skills and is an excellent technician. She is able to go above and beyond for her clients.'
'Ingrid York as the lead partner is absolutely the best derivatives lawyer I have come across in my time. She is not only is a pleasure to work with but has a very good grip or the legal and commercial concerns in the market and applies this to the matter at hand.'

Chambers UK 2021: Derivatives
"Ingrid York is incredibly technical, really commercial and she really fights our corner." "She is very good at what she does. She's very dynamic and works relentlessly."
"She is great, very knowledgeable, keeps up to speed on the latest developments and is really into innovation."

Chambers UK 2017
"She's very pragmatic and business-conscious, she looks for no-fuss results and has a business-friendly way of getting stuff done"

IFLR 1000 2017 Ingrid York is
"Ingrid York has excellent technical knowledge and expertise combined with a commercial and pragmatic approach which is highly valued by our business and legal teams. She has superb technical skills and is a robust negotiator. I always know we will receive excellent advice and a well­ managed transaction when we work with her."

"Ingrid is excellent in her field with a high degree of technical expertise. She is very thorough with her analysis and has a high attention to detail. She's very pragmatic and knows which points are worth pushing on." 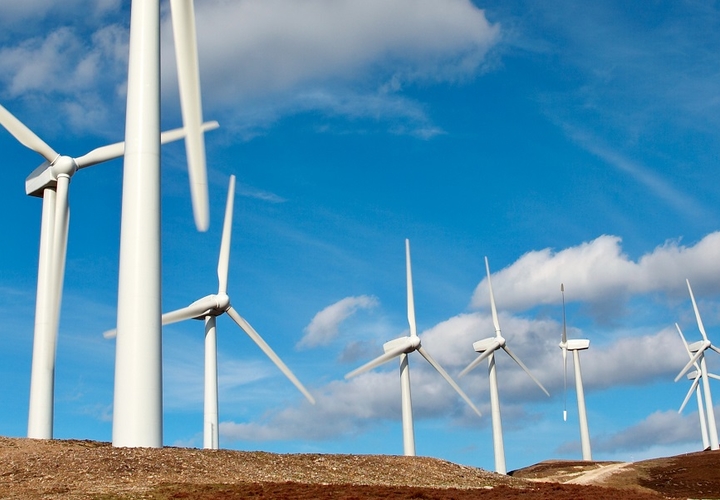 The rise and rise of ESG-linked debt issuance 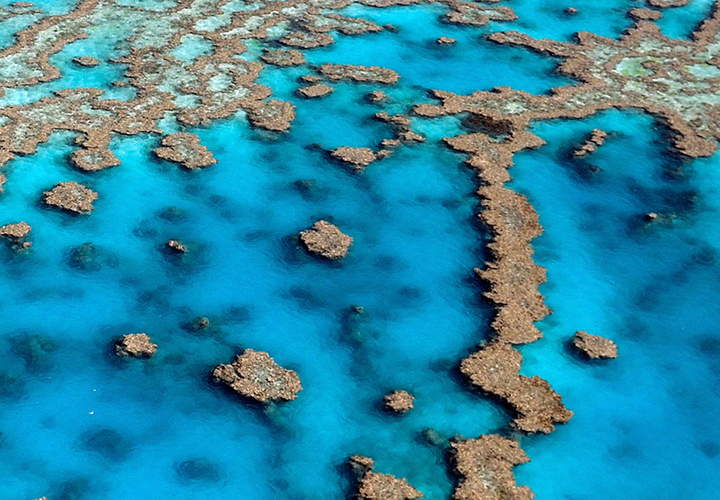 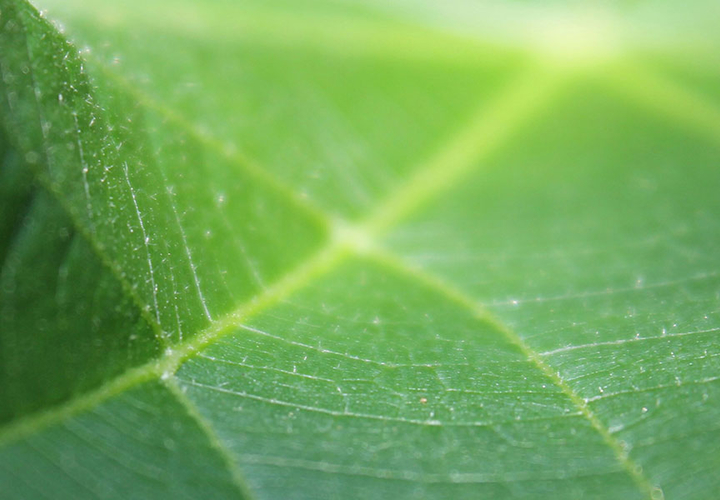 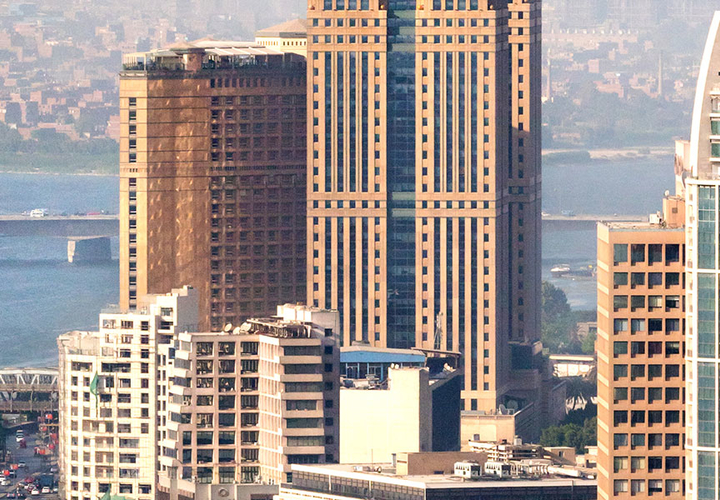