On 6 July 2020, the UK adopted its first autonomous sanctions regime, imposing asset freezes and travel bans on 47 individuals and two entities across the world accused of serious human rights violations. The new regime marks a first significant divergence from the current EU sanctions regimes and demonstrates the UK is committed to lead by example in the area of sanctions post-Brexit.

With SAMLA, the UK created a framework to develop its own sanctions regimes after Brexit.2 While the UK already adopted some regulations under SAMLA (e.g., the Russia (Sanctions) (EU Exit) Regulations 2019), these measures remain largely aligned with the existing EU sanctions regimes that continue to apply in the UK until the end of the transition period (i.e., 31 December 2020).

By contrast, the UK’s Global Human Rights Sanctions Regime is the first real divergence from the current EU sanctions regimes and immediately entered into force upon its adoption on 6 July 2020.

The new UK regime is based on the “Magnitsky clause” in SAMLA, which enables the UK to impose sanctions for “gross violations of human rights”, or more generally to “promote compliance with international human rights law or respect for human rights”. Sergei Magnitsky was a Russian tax adviser and lawyer who, after claiming to have uncovered massive fraud involving corrupt tax officials and criminal organisations in Russia, died in November 2009 in a prison in Moscow. The US first introduced the Russia-focused Magnitsky Act in 2012, which has subsequently been expanded, and the EU began discussing an EU equivalent in 2018, but nothing has been agreed to date.

The new UK regime is intended to demonstrate not only the resolve of the UK to punish those who have committed serious human rights violations, but also its commitment to imposing independent sanctions, post-Brexit.

Generally, the UK’s Global Human Rights Sanctions Regime aims to deter, and provide accountability for, activities which, if carried out by or on behalf of a State within the territory of that State, would amount to a serious violation by that State of an individual’s:

a) right to life;

b) right not to be subjected to torture or cruel, inhuman or degrading treatment or punishment; and

c) right to be free from slavery, not to be held in servitude or required to perform forced or compulsory labour.

The UK Secretary of State for Foreign and Commonwealth Affairs, Dominic Raab, introduced the measures with some strong statements: “If you are a kleptocrat or an organized criminal you will not be able to launder your blood money in this country.” He has already stated that the new regime could be expanded later in the year to cover issues such as corruption.3

The UK Government published a policy paper highlighting a non-exhaustive list of factors to be taken into account in deciding whether a person should be considered for designation.4 These include the UK’s human rights priorities, the nature of the victim, the seriousness of the conduct, the international profile and any collective action taken, the involvement of non-state actors, the status and connections of the person involved, and the effectiveness of other measures, including law enforcement.

As a result of the asset freeze, all funds and economic resources of the designated persons that fall under UK jurisdiction (e.g., held by UK banks) will be frozen. Furthermore, no funds or economic resources may be made available – directly or indirectly – to or for the benefit of the designated persons by parties falling under UK jurisdiction. The asset freeze sanctions apply to the UK territory and in relation to the conduct of all UK persons, wherever they are in the world.

Under the immigration sanctions, the designated individuals will be refused entry or the right to remain in the UK.

The framework provides for a licensing system, with several grounds (including in relation to basic needs, legal fees, extraordinary expenses, pre-existing judicial decisions, etc.) on the basis of which designated individuals or entities can apply for a licence to authorise a specific transaction or travel.

Convergence with the US Global Magnitsky Act

The intention to align the UK’s Global Human Rights Sanctions Regime with the US Global Magnitsky Act is confirmed in the report laid before parliament by Secretary of State for Foreign and Commonwealth Affairs Dominic Raab, which notes that “The rights in question are also reflective of the human rights sanctions regimes of other international partners, including the US and Canada.”6

While the UK is following in the footsteps of the US and Canada by implementing this human rights sanctions regime, it remains to be seen how the EU will respond to this development. There have been discussions for some time at EU level about a human rights sanctions mechanism comparable to that of the US Global Magnitsky Act. In 2018, EU discussions were initiated by the Netherlands and Lithuania.7 In March 2019, the European Parliament adopted a resolution calling for the adoption of such a regime.8 More recently, in December 2019, EU Member States committed to start the preparatory work for a global sanctions regime to address serious human rights violations.9 However, no significant progress seems to have been made since then. At the end of March 2020, 46 Members of the European Parliament wrote an open letter to High Representative Josep Borrell, calling on the EU to push ahead with the adoption of a new regime.

The fact that the UK has now adopted its Global Human Rights Sanctions Regime could increase the pressure on the EU Member States to agree on a common framework to tackle serious human rights violations in the near future.

A complete listing of our international sanctions alerts is available here. 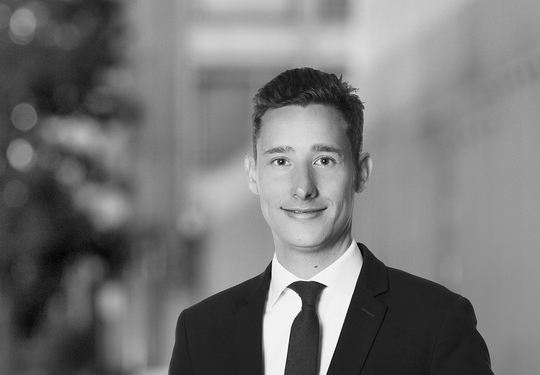