Investment in infrastructure in Africa has soared in recent years, and construction activity has risen with it.

The construction sector has seen sustained activity across Africa over the past few years, driven by private and foreign investment in major transport, oil & gas and renewable energy projects

Although there was a drop in activity in 2020 caused by the COVID-19 pandemic, particularly in East Africa, in the past few years the African continent has seen sustained activity driven by private and foreign investment in major projects in the transport, oil & gas, and renewable energy sectors in particular.

Projects have included the construction of the first banked liquefied natural gas (LNG) terminal in sub-Saharan Africa in Port Tema in Ghana; Total’s multibillion-dollar investment in a Mozambique LNG project; the US$10.9 billion Tahrir petrochemical complex in Egypt; and the Indorama Eleme’s multi-stage fertilizer project in Nigeria.

Other activities generating interest include a sustained focus on the development of renewable energy and electricity generation generally. For example, the South African Department of Energy launched a risk mitigation independent power producer (IPP) program in 2020 aimed at procuring 2,000 MWs of electricity on an expedited basis.

South Africa is also expecting to launch the fifth round of its well-established renewable energy IPP program in the first half of 2021, aimed at procuring a total of 6,800 MWs of energy from wind and photovoltaic generators. Botswana has published an integrated resource plan that includes an allocation for the procurement of energy from photo voltaic, concentrating solar power and coalbed methane projects to reduce its reliance on its neighbors for electricity.

Interest in these types of projects in Africa has been encouraged through the involvement of development finance institution-sponsored and auction-driven renewables procurement programs, which have helped reduce costs significantly. This type of procurement increases the potential for price discovery, allows financing to be tailored to specific programs or government objectives, and helps countries attract more private investment through clearer and transparent procurement frameworks.

These auction processes have not, however, been without flaws. Delays between the submission of bids and the awarding of contracts or the commencement of construction have been common, exposing developers and contractors to inflation and currency fluctuations, and negatively impacting the appetite of some developers for such projects.

Chinese contractors constructed an estimated 30 percent of all major projects in Africa in 2020.

Another important and consistent feature of many major projects in Africa has been the continued support and involvement of Chinese contractors, which remains strong, although last year saw a slight decline.

While this represents a decrease from the highs experienced in 2018, it is also broadly in line with the drop in major construction activity experienced during and as a result of the 2020 pandemic.

Despite this slight decrease in its involvement, China still maintains a strong presence in various regions, particularly in southern Africa, where it has funded in excess of a quarter of all major projects in this period. Chinese funding and construction activities have mainly been directed toward the mining, oil & gas and renewable energy sectors, with South Africa and Mozambique being the two largest beneficiaries, according to IJ Global.

In West Africa, Nigeria has been the largest recipient of funding sourced by China, which has been directed toward Nigeria’s transport sector, particularly the financing and construction of standard-gauge railways.

African construction projects will have weathered the global pandemic relatively well due to the great drive for infrastructure, direct foreign investment, international support and the increasing robustness of contractual terms

The risks of African projects

Secondly, the COVID-19 pandemic continues to pose a threat to the completion of projects as a consequence of the actions taken by various authorities to stop the spread of the virus. Many African countries, such as Nigeria, Ghana, Kenya and South Africa, have imposed hard lockdown measures in response to both waves of the pandemic, which have resulted in delays to existing construction projects.

Finally, political instability, concerns with business practices and conflict in certain areas represent significant threats to the construction of infrastructure in these areas. There have been a number of eruptions or escalations of conflict in certain areas which have the potential of delaying significant projects, whether as a consequence of the proximity of conflict to those projects or as a result of such conflict.

Despite these risks, overall projects in Africa are still thriving. They will have weathered the global pandemic relatively well because of the great drive for infrastructure on the continent, direct foreign investment and international support, and the increasing robustness of contractual terms.

All this allows for better risk mitigation, which should encourage continued interest in the construction of and investment in African infrastructure projects for years to come. 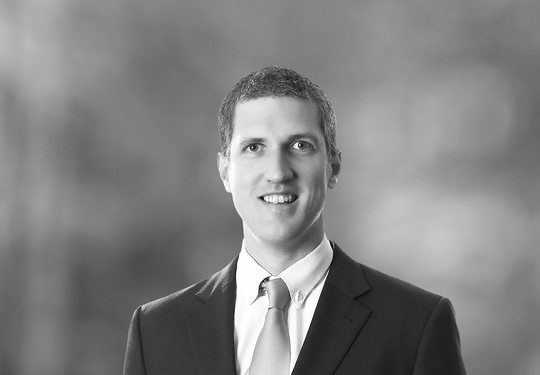