On 19 October 2018, the EU and Singapore have concluded three agreements that will shape the future of their trade and investment relations, namely the EU-Singapore Free Trade Agreement (FTA), the EU-Singapore Investment Protection Agreement (IPA) and the Framework Agreement on Partnership and Cooperation (FAPC). The agreements will now be submitted to the European Parliament for consent, while the EU-Singapore Investment Protection Agreement will also follow ratification procedures in each Member State.1 For investors and states alike, these agreements are noteworthy for their potential to clarify and reshape mutual protection and the altered regime for the resolution of investment disputes.

The substantive standards of protection are similar to those provided for in existing investment agreements, but more refined.

The standard of fair and equitable treatment (FET) generally protects investors against adverse treatment by a host state. The IPA draws from a myriad of decisions by previous investment tribunals and academic works that have gradually given FET contours. Art. 2.4(2) IPA specifies the conduct qualifying as breach: denial of justice in criminal, civil and administrative proceedings; fundamental breaches of due process; manifestly arbitrary conduct; harassment, coercion, abuse of power or similar bad faith conduct. Naturally, these concepts require further clarification themselves. However, they now assure investors of greater certainty on what conduct may qualify as breach under the FET standard.

As regards full protection and security, Art. 2.4(5) IPA merely clarifies that this encompasses only physical security, thus distinguishing it from FET. The provision ensures clarity, yet does not offer investors any additional protection compared to previous agreements.

Art. 2.6 IPA protects investors against expropriation. Once again, familiar territory in international investment law: Neither party shall directly or indirectly nationalize, expropriate or subject to measures having equivalent effect investments by investors pursuant to the IPA, except:

However, the calculation of compensation receives far greater attention as was previously known in international investment law (Art. 2.6(2) IPA). The IPA addresses a practical need that has been subject to extensive discussions among scholars and practitioners and has, for a long time, left investors wishing for greater certainty. Compensation, Art. 2.6(2) and (3) IPA clarify, shall amount to the fair market value of the investment immediately before expropriation became public knowledge plus interest at a commercially reasonable rate. Valuation criteria may include going concern value, asset value including the declared tax value of tangible property and other criteria. The proper moment when "expropriation became public knowledge" is likely to be heavily disputed in practice.

To practitioners in the field, it will come as no surprise that states' "rights to regulate" have found their way into the new agreement (Art. 2.2(1) IPA). Practically, it is additional affirmation of state sovereignty that has always been and will always be a crucial element of every dispute between investors and states. Time will tell, if these "rights to regulate" affect investment disputes in providing states with extended grounds for justification of their conduct or, in turn, pose additional hurdles to investors seeking relief.

Disputes between investors and states

Chapter 3 Section A IPA concerns treatment alleged to breach the substantive protections, with "treatment" including omissions. Here, investors may seek what the IPA terms "dispute settlement". Interestingly, the term "arbitration" is omitted altogether. As a general rule, the IPA, like most investment treaties, envisages amicable resolution of disputes between the parties (Art. 3.2 IPA). Likewise, other forms of dispute resolution such as mediation remain, at all times, open to investors. Failing such amicable or alternative resolution, an investor may initiate formal consultations by submitting a respective request to the respondent, setting out the general parameters of the alleged breaches of the IPA, the legal and factual bases for such and the relief sought.

After three months upon opening consultations, the investor may submit a notice of intent to either Singapore or the EU to initiate dispute settlement. Where the EU receives such request, within two months, it shall determine the respondent of the dispute. This new mechanism consists of two instances:

No earlier than three months from the date of the notice of intent, the investor may submit the claim to a newly established standing body under the IPA, the Tribunal of First Instance. The Tribunal will consist of six members, nominated by the EU and Singapore, each member appointed for an eight-year term and paid a monthly retainer fee for availability. Investors will thus no longer be able to select an individual member to that Tribunal. For the purpose of defending against a claim, the IPA provides additional grounds to states: a respondent state may file an objection that a claim is manifestly without legal merit between the constitution of the Tribunal and its first session (Art. 3.14 IPA). Likewise, a state may object that a claim, as a matter of law, may not be subject to dispute settlement (Art. 3.15 IPA).

In an award resulting from this first stage of dispute settlement, the Tribunal may not award punitive damages (Art. 3.18(2) IPA) and it is to apply the Vienna Convention on the Law of Treaties (Art. 3.13(2) IPA).

While the relevant provisions, as outlined above, omit the term "arbitration", the mechanism is hardly any different: the applicable rules in the First Instance are those commonly known in most investment treaties (Art. 3.6(1) IPA). Those of the ICSID-Convention, the UNCITRAL Rules or any other rules as the parties may agree upon. Further, Art.3.6(2) IPA contains the standing offer to submit a claim under the respective section of the IPA (or typically known as the standing offer to "arbitrate"). Again, it is clarified that such consent extends to the ICSID-Convention and the New York Convention.

Within ninety days of its issuance, both parties may appeal an award before another newly established body under the IPA, the Appeal Tribunal (Art. 3.19 IPA). The applicable standard for appeal is particularly interesting: (i) the Tribunal of First Instance has "erred" in the interpretation or application of the applicable law; (ii) the Tribunal of First Instance has "manifestly erred" in the appreciation of the facts; or (iii) one of the grounds in Art. 52 ICSID-Convention is met. On questions of the law, the standard for appeal is thus significantly lower than on questions of fact. This will give states and investors extensive recourse against decisions rendered in the First Instance. At the same time, such appeals are likely to increase the cost and time of proceedings.

Chapter 3 Section B IPA uses a different terminology, applying to disputes between states concerning the interpretation and application of the IPA. While consultations and mediation, again, form part of the procedure, a state may now initiate "arbitration" proceedings (Art. 3.28(1) IPA). Here, states are less restricted than investors, as they enjoy greater freedom of choice to tailor the procedure to their dispute's individual needs. First and foremost, the Arbitration Panel will consist of arbitrators chosen by the parties (Art. 3.29(2) IPA). The Arbitration Panel is, in any case, to comply with a time limit of only 180 days to issue its ruling (Art. 3.32(1) IPA), a provision likely to prove of practical difficulty. Especially in complex disputes, rendering a well-reasoned decision is likely to prove challenging. The respective decision is then final and binding upon the parties (Art. 3.43(2) IPA).

The elevated role accorded to the public is noteworthy. The entire Annex 8 is dedicated to transparency in investment disputes between investors and states (Art. 3.16 IPA). Under it, hearings shall be open to the public, documents made accessible, non-disputing parties (Art. 3.17 IPA) and even third persons (Art. 3 Annex 8 IPA) may file written submissions.

Interestingly, the IPA considers third-party-funding to be acceptable. However, it must be disclosed to the other disputing party and the Tribunal (Art. 3.8(1) IPA). The provision may thus reflect Singapore's recent Bill No. 38/2016, allowing for third-party-funding for Singapore-seated international arbitrations.

The FTA and the FAPC, together, constitute a major milestone for the economic, political and legal relationship between the EU and Singapore. It provides for a modern, sophisticated trade environment between the parties. The legal framework of the IPA supporting such environment is of an evolutionary, rather than a revolutionary kind: the applicable standards largely do not provide for any additional protection. However, they do provide a higher degree of certainty and clarity. States and investors are likely to appreciate that part of the evolution. The means for resolving investment disputes were altered, but not replaced. They bear striking resemblance to the investment arbitration regime well-known to investors, states, practitioners and academics, but encountered several adjustments, clients must take note of when faced with a possible investment dispute. The major milestone thus brings about increased complexity. However, it is testament to the dynamics of international investment law. 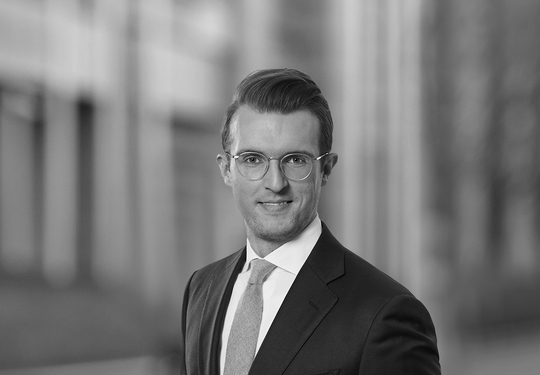