Let's start by talking about how South Africa's energy transition might be funded. At the 2021 United Nations Climate Change Conference (COP26), the UK, US, EU, France, Germany and South Africa announced a "Just Energy Transition Partnership" with US$8.5 billion pledged over the next five years to support South Africa's decarbonization efforts.1 How will this US$8.5 billion be sourced and structured, and what specific investments will it fund?

“South Africa relies very heavily on coal. From the outside, that appears to be a South African problem. In reality, though, it is wider than that.”

Sibusiso Zungu: South Africa's energy supply relies heavily on coal. Although the current South African integrated resource plan of 2019 contemplates an energy mix comprising coal, nuclear power, renewable energy and natural gas,2 South Africa is far from having an appropriate balance. From the outside, the heavy reliance on coal appears to be a South African problem only. In reality, though, it is wider than that. Stopping coal-fired electricity generation with no base-load alternative would put not only South Africa into the dark but also neighboring countries—including eSwatini, Lesotho, Zimbabwe and Botswana—because Eskom (South Africa's electricity public utility) supplies power to those countries.

The countries that committed US$8.5 billion at COP26 have not specified the precise projects they will finance, how that funding will be structured and what conditions will apply. There has been talk of a mix of grant funding, concessionary funding and other forms of support to encourage the private sector to co-invest. Without knowing the necessary details of this funding, it is difficult to determine with certainty at this stage whether the support will work for South Africa. Any new funding that may be incurred at an Eskom level needs to be considered within the context of Eskom's existing debt levels, which the South African government announced will be addressed before the nation's 2024 general elections.3

The needs of employees, suppliers and other stakeholders must also be taken into account. In addition, the South African Department of Mineral and Energy's mandate4 creates competing tensions between the objectives of (1) helping to achieve South Africa's Nationally Determined Commitments (NDCs) to reduce greenhouse gas emissions under the Paris Agreement and (2) exploiting South Africa's coal reserves to benefit the country and its people.

Furthermore, disagreements also exist within South Africa's government about how to resolve the conflict between short-term economic growth and long-term climate change needs. The sooner this is resolved, the better for South Africa, as it will create policy certainty for investors.

In his opening remarks at the third "South Africa-Mozambique Bi-National Commission Plenary Session" in March 2021, President Ramaphosa announced that South Africa will seek to bolster its energy security by tapping into neighboring Mozambique's vast natural gas reserves.5 What infrastructure would need to be in place to make this a reality? How will that likely be funded?

Sibusiso Zungu: This is another massive debate. Should South Africa be investing billions of rands to transition from coal-fired to gas-fired electricity generation, or should it use those funds for other urgent national needs? Is gas-fired power a permanent solution or just a short-term bridging solution until renewable technologies improve? What other options exist? Nuclear power is being considered, for instance. South Africa's Koeberg nuclear power station is currently the only one on the African continent.6 But that option is expensive. Hydroelectricity is also being considered, but we have not seen positive developments in this area recently.

In order to exploit gas from Mozambique at scale, a large pipeline will be needed from its northern provinces (where the gas fields are located) to South Africa. What would that pipeline's purpose be after gas-fired power generation is phased out?

Some speculate about a "wider gas economy." For instance, road transport might switch to gas, too. Other technologies, such as hydrogen and electric vehicles, are developing quickly. A wider gas economy might not materialize, in which case it would make little sense to invest billions in such a pipeline as only a short-term solution.

Moving on to infrastructure across Africa, five countries—South Africa, Morocco, Nigeria, Egypt and Ghana—currently account for more than 50 percent of all successful public-private partnership (PPP) activity in Africa.7 Recognizing the need to deploy private capital to fund public infrastructure, the African Development Bank may scale up its support for PPPs. What characteristics of PPP projects in Africa are similar to those elsewhere in the world, and what are unique to the continent? What does "best practice" look like?

“Should South Africa be investing billions in transitioning from coal-fired to gas-fired electricity generation, or would those funds be better used to fund other urgent national needs?”

Sibusiso Zungu: Governance challenges often make it impossible to tap effectively into the wealth of private sector funding available worldwide. A few successful examples of African PPPs do exist, but even these are far from "best practice." South Africa has not closed a major PPP deal in the past five years. Experience has shown that PPPs in Africa frequently take a long time to move from feasibility to project implementation. During that process, many things can change, such as the needs of the host country and its political leadership. Many countries on the continent publish RFPs (requests for proposals) for transactional advisors on identified PPP opportunities, but few countries have actually implemented these PPPs. It seems that every time an RPF goes out, bureaucracy gets in the way and the process bogs down. How can one build credibility in the market if private sector partners have to wait for years before they are told whether their proposal has been successful or not? Of course, the COVID-19 pandemic disrupted things, and some companies that might have responded to the RFPs before the pandemic may no longer even exist.

Why do PPPs take so long to materialize in Africa?

Sibusiso Zungu: Typically, multiple government departments are involved in the approval processes, and each one takes an extremely long time to provide its input. Few African countries centrally coordinate their PPP processes, and public sector decision-makers often fear challenges in courts and the media. As in many other countries, the private sector in South Africa is prone to challenging government if it perceives procurement processes as improperly run. While this is a good counterbalance, it can scare public sector decision-makers into not making decisions at all.

Beyond the legislative and administrative PPP frameworks that some African countries do already have, for a PPP to work one must maintain clear policies and processes that private sector partners understand and trust. Underlying sociopolitical drivers are also important. A PPP framework cannot succeed if the host country is politically unstable or if investors believe they might not be able to get their money out of that country.

So, PPP frameworks are important, as are reliable legal systems generally. Private sector partners need confidence that, in the event of a dispute with a host government, they can trust the courts in that country to render fair judgments. Finally, a stable currency is also important.

Does scope exist to radically scale up PPPs as a mechanism for building the infrastructure necessary to capitalize on the African Continental Free Trade Area (AfCFTA) and to achieve the objectives of the African Union's "Agenda 2063" strategic framework?

Sibusiso Zungu: Yes. PPPs are essential to optimizing the AfCFTA and realizing other African objectives. African governments simply don't have the public funds necessary to bridge the continent's infrastructure gap, without private sector support. A massive amount of work is needed to enable the free flow of goods and services across African borders, so bridging this gap likely will be a slow process. The AfCFTA is a groundbreaking initiative, but some African countries have yet to ratify it. As the AfCFTA gains momentum, it will likely catalyze infrastructure development.

Sibusiso Zungu: In recent years, Chinese loans often appeared attractive to African governments because their terms seemed better than those offered by the World Bank, International Monetary Fund and similar institutions. However, African governments are realizing that China does not offer debt funding for philanthropic purposes alone. It expects these countries to repay all loans, and requires a debtor struggling to settle its debt to engage in bilateral discussions to find a solution.

In practice, that solution is very seldom available for China to write off the debt. More frequently, it will vigorously seek loan repayment, which has sometimes stirred up controversy.

As a result, African nations are learning to scrutinize debt offers far more carefully. There is less naiveté, which is better for both lender and borrower.

Are you seeing more interest from other parts of the world, such as the United States, in investing in Africa?

“How does one really know whether a particular project or group achieves demonstrably good ESG performance?”

Sibusiso Zungu: US interest in Africa has always been there. However, we have seen that the impetus varies across administrations. Recently, President Biden has adopted a more positive approach to Africa and has committed resources to strengthen the institutions that lead US efforts in emerging markets, including Africa. The signals so far have been positive, though we will have to wait and see what policies and priorities will be applied as these institutions become more active again in Africa.

Our final theme to explore is sustainable finance. What trends are emerging in Africa? How do you expect these to unfold?

Sibusiso Zungu: There is momentum in the market for sustainable finance. We are seeing and hearing about many initiatives in the market. This has also attracted scrutiny of these initiatives. For example, there is concern about "greenwashing": How does one really know whether a particular project or organization achieves and maintains good environmental, social and governance (ESG) credentials? Sustainable finance is intended to reward borrowers with a lower interest or coupon rate if they achieve certain ESG-related performance metrics and to penalize them if they do not. But it can be difficult to tell which is the case. Self-monitoring is a problem. Metrics and disclosures can be misleading.

For sustainability finance to really take off in Africa, lenders need to be able to trust borrowers' ESG claims and self-disclosures. Regulators with real enforcement powers (like the competition commission in South Africa and similar regulators elsewhere in Africa) could help. Companies would then report to that regulator, and misleading disclosures would trigger consequences.

Are you observing any particular types of sustainable finance that are especially popular in Africa? Where do you see this going?

Again, though, issuers need to commit honestly to the principles underlying these instruments, to avoid compromising the credibility of the whole ESG concept. Good governance is crucial. For example, in South Africa we have the King code on corporate governance, but adhering to the Code is only mandatory for companies that are listed on the Johannesburg Stock Exchange. Smaller and privately owned businesses can opt in to the Code, but they have no legal obligation to comply. That said, there are obviously legal implications, or at least reputation risk, where businesses make misleading statements upon which lenders and investors then rely. 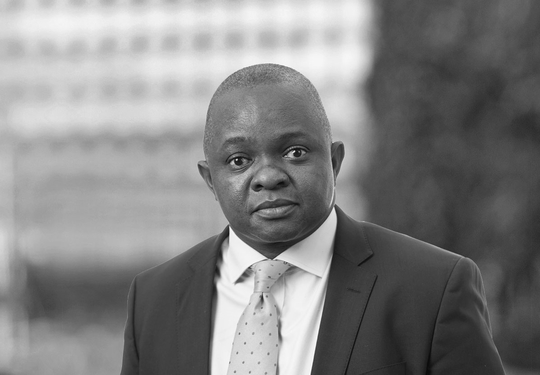