Opportunities and challenges in battery storage

Increased battery storage capacity can and is being encouraged in order to facilitate the move towards the decarbonisation of electricity generation and can contribute to greater resilience and efficiency of integrated grids. It can also provide solutions for local and off-grid users of electricity, but nevertheless there are still a number of barriers to widespread adoption.

In recent years, the energy markets have seen a lasting and increasing transition towards electricity generated from renewable, sustainable sources.

The dependence of renewable energy on the sun and wind results in a variable and relatively unpredictable output, which can create an imbalance between the energy generated and consumer demand in the short as well as the medium term. Energy storage can help to resolve this, with the demand for storage solutions rising in parallel with demand for renewable energy generation sources.

Pumped hydro currently dominates the energy storage market overall and accounts for approximately 94 per cent of global market capacity. However, in recent years the use of batteries has increased as a result of cheaper production costs and greater capacity; it is predicted that the installed costs of battery storage could further decrease by between 50 per cent and 66 per cent by 2030, a substantial increase in the market share for storage.

The interest in battery storage globally has grown as more countries pursue and extend renewable energy strategies as well as make a transition to local or smart grids. The increase in the usage of battery storage has also been facilitated by advances in the digital technologies harnessed by companies to provide ancillary services which benefit utilities and grid operators.

Examples of this type of innovation include aggregation models, powered by artificial intelligence and predictive analytics which allow a number of distributed energy resources to be grouped together and create capacity while retaining flexibility and fast response times.

There is also now a recognition that battery storage is faster, cleaner and cheaper than traditional "peaking" plants, which are able to respond quickly to balance fluctuations in the grid but are commonly gas or diesel -fired.

Despite the benefits of battery storage, there do remain a number of barriers to widespread adoption.

Regulatory policy tends to lag behind changes in the evolving sector, although there are some positive signs that regulators and legislators are seeking to make policy changes that will benefit the industry.

For example, following a 2019 consultation, the UK government announced it would exempt almost all battery storage projects—from the nationally significant infrastructure projects (NSIPs) regime. This means planning permission for battery storage falls under the Town and Country Planning Act instead, which should reduce the development time and cost investment required under the NSIP regime.

Another key challenge for battery storage is the unpredictability of revenues over the medium to long term. Battery storage projects will typically have multiple revenue streams and, while those can assist in offsetting the risk associated with any individual revenue stream, such "stacking" of revenues brings its own challenges for their longer-term investment prospects.

Compared to other energy storage methods, revenue contracts for battery storage are still relatively short. The length of an enhanced frequency response contract for example, a mainstay in a battery storage revenue stack in the UK, is usually between one month and two years.

It is not just money matters which pose a challenge to the uptake of battery storage. The limited shelf-life of batteries, the amount and nature of the raw materials required for their production, and the considerable pollutants generated during manufacturing, storage, treatment and disposal of large-scale batteries in particular have given rise to significant environmental and more general sustainability concerns.

Given the various components making up a battery storage project, the contract structure for any project is likely to be correspondingly simple or complex.

Battery storage projects often use nationally or internationally recognised standard form contracts with amendments as necessary to reflect the relevant procurer's requirements as to risk transfer and retention.

Key terms particular to battery storage projects include enhanced environmental indemnities and payment terms reflecting the up-front cost of reservation and manufacture. Defects liability periods or warranty periods are also amended to reflect the expected life cycle of the batteries and related equipment, as well as the traditional expiry period for related infrastructure.

On the operation and maintenance aspects, leaving aside routine activities, any requirements as to ongoing performance levels of the assets are usually provided under and tied to ongoing arrangements with the relevant suppliers, or dependent upon operating and related requirements being complied with.

Given the fast -paced development in the sector, a more recent development has been to negotiate and include terms for upgraded equipment to be provided and installed when available to the project specifically or in the market more generally.

A market set for growth

Storage as a subsector within the electricity sector is one which is a necessary and now established part of the energy transition in that industry.

The increase in renewable generation combined with improvements in both battery technology, the range of ancillary services and its uses, whether as part of a local grid or an isolated user of electricity, clearly indicate that demand for and reliance on battery storage will continue to grow—something that is being increasingly recognised by governments and regulators both in developed and developing markets.

From a construction perspective, while it is true to say that there are certain procurement choices to be made, in common with the early days of the solar sector, the market is currently dependent upon and effectively led by the manufacturers. However, more contractors specialising in battery storage will undoubtedly emerge both due to its importance and scope, and also as a result of the ability of storage systems to be integrated within existing and new-build power generation projects. 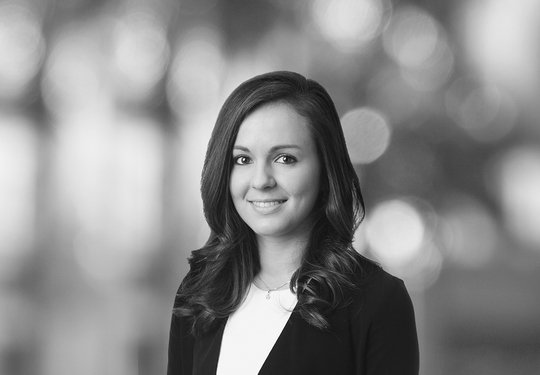