US continues to chart its own course on standard essential patents

Taiwanese businesses should watch for continued assertions on 5G, IoT

The number of disputes involving standard essential patents (SEPs) is increasing, both in the United States and worldwide. This trend is expected to continue, as implementers release technologies for 5G and Internet of Things (IoT) applications—technologies that make heavy use of industry standards. Currently, by some estimates, more than 30,000 patent families have been declared "essential" to 5G.

Since it is effectively impossible for Taiwanese companies to monitor and license tens of thousands of patents, they therefore must be prepared to deal with assertions in the US courts.

For Taiwanese companies exposed to the US market, it is important to understand how the US deals with disputes involving SEPs, and how that approach differs from approaches taken in other jurisdictions, such as Europe and mainland China. Perhaps most notably, in the US, a jury, not a judge, will resolve disputes over fair, reasonable and non-discriminatory (FRAND) damages. In addition, there is increasing uncertainty about whether US antitrust laws can be used to enforce FRAND licensing obligations and to police SEP activities.

US jury trials for SEP and FRAND disputes

In most countries in Europe and Asia-Pacific, judges decide disputes over FRAND damages for SEPs. This typically requires a detailed investigation of prior licensing activity, sales and economic data and expert analyses. The resulting judicial opinions are lengthy and typically set royalty rates that cut across entire worldwide portfolios of patents.

However, in the US, unless both parties agree, a jury—not a judge—will resolve FRAND damages disputes. This is true whether the case involves an assertion of only a small number of SEPs or a broad dispute about an entire portfolio.

For example, a US district court judge in the Central District of California attempted to resolve a dispute between Ericsson and TCL by setting a global portfolio-wide rate for a set of Ericsson SEPs at rates ranging from 0.90 percent to 0.45 percent of the sales price of TCL handsets and tablets. Ericsson appealed the judge's rate determination, and a US Federal Circuit Court of Appeals held that Ericsson had a right under the Seventh Amendment of the US Constitution to have a jury set the amount of damages for its SEPs.1 TCL subsequently filed a petition for a writ of certiorari to the US Supreme Court. That request was denied, and the parties settled in July 2021.

Similarly, in an August 2020 decision, the Federal Circuit held that disputes over whether patents are in fact essential to industry standards must also be resolved by a jury.2

Together, these two recent cases demonstrate that US disputes over FRAND/SEP issues will continue to be sent to juries, rather than judges.

Two parties in the US could agree to have a judge resolve their disputes. However, without such an agreement, the task of setting FRAND royalty rates will be left to a jury of ordinary individuals who have no technical or economic expertise.

This has several practical implications. Decisions by judges on FRAND licensing disputes, such as decisions from the UK and Germany, provide a detailed analysis of how judges reach their conclusions on the proper measure of damages in FRAND cases. These decisions can be helpful for subsequent FRAND disputes and license negotiations. On the other hand, juries provide no such analysis. A jury is effectively a "black box" whose only output is a decision stating the amount of damages. This lack of clarity may be welcome for some who wish to keep details about licensing activities secret. At the same time, it prevents companies seeking to implement certain technologies from understanding how rates are set for SEPs.

This may make future negotiations over SEP licenses increasingly difficult.

In some jurisdictions, antitrust may be a tool to prevent SEP holders from abusing a dominant market position.

Recent developments in the US, though, show increasing uncertainty as to whether the US antitrust laws will follow practices in Europe and Asia-Pacific.

For example, in an antitrust case against Qualcomm, the US Federal Trade Commission and the US Department of Justice Antitrust Division often took differing and inconsistent positions as to whether Qualcomm had violated antitrust laws through its SEP licensing activities. Ultimately, the US Ninth Circuit Court of Appeals in the US rejected all antitrust theories against Qualcomm, calling its SEP licensing practices "hypercompetitive" but not an antitrust violation.3 The full Ninth Circuit rejected the FTC's attempt to overturn this decision.4

More recently, in a dispute between Continental and Avanci in the US Northern District of Texas, Continental argued that the use of a patent pool to set FRAND royalty rates violated US antitrust laws. The US Department of Justice maintained that antitrust laws did not compel SEP owners to license SEPs at any particular rate. The district court in Texas ultimately rejected Continental's theories, finding no antitrust injury.5

While these two court decisions seemingly signaled a low likelihood that US antitrust laws would be a tool for policing FRAND and SEP issues, the recent change in US presidential administrations has brought new uncertainty.

In April 2021, the Biden administration moved to reclassify prior guidance on SEP licensing as mere "advocacy," indicating a return to prior rules that attempted to make it more difficult for SEP holders to seek injunctions in US courts. It remains to be seen whether this change reflects a desire by the Biden administration to move aggressively into regulating SEPs, or whether it is simply an attempt to undo certain Trump administration policies viewed as more favorable to SEP holders.

Disputes over SEPs and FRAND will continue to grow, and expected royalties in these cases can be significant, especially given the large expected adoption of standards for 5G and IoT applications. It is important for Taiwanese companies that implement standard essential technologies to monitor these developments and use legal counsel who specialize in these unique and challenging patent disputes. 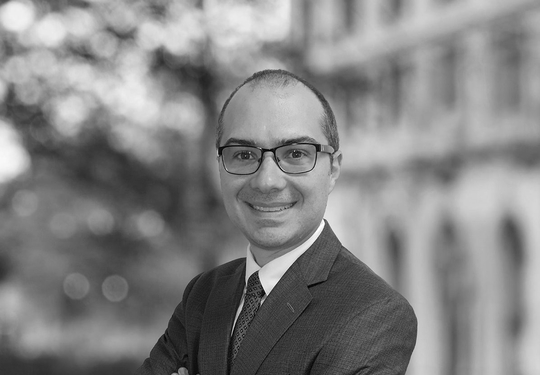