2020 saw several decisions from the Delaware courts that will affect M&A dealmaking. We focus on four that may prove especially consequential.

In March, the Delaware Court of Chancery issued an important decision with respect to the use of special committees of independent directors in transactions involving a conflicted board but not a controlling stockholder. The decision highlights that such committees must be constituted prior to “substantive economic negotiations” in order to provide directors with the benefit of the business judgment rule (and avoid the more stringent “entire fairness” standard).

In Salladay v. Lev, the Court denied the defendants’ request to dismiss breach of fiduciary duty claims against three directors of Intersections, a provider of identity protection software services. The claims related to the acquisition of Intersections by a consortium formed by iSubscribed, a company focused on consumer digital security, and its partners. According to the court, the plaintiff adequately pled (and the defendant directors did not contest) that at least half of the Intersections board that approved the sale lacked independence because they had interests in the transaction that diverged from other stockholders. Despite this, the defendant directors argued that they should still receive the benefit of the deferential business judgment rule because the transaction had been approved by a special committee of independent directors.

In rejecting the defendant directors’ argument, the Court focused on the timing of the formation of the special committee. The Court held that, in order to effectively cleanse a transaction, the special committee must be constituted ab initio—that is, the committee is required to have been empowered prior to substantive economic negotiations. According to the court, “[e]ven in a non-control setting, commencing negotiations prior to the special committee’s constitution may begin to shape the transaction in a way that even a fully empowered committee will later struggle to overcome.” The Court found that the plaintiff had adequately pled that pre-committee discussions plausibly created a price collar and thus constituted substantive economic discussions.

Salladay highlights for practitioners the importance of considering the use of an independent special committee early in a conflicted transaction, even if a controller is not present.

In July, the Delaware Supreme Court, in Fir Tree Value Master Fund v. Jarden Corp., affirmed the Chancery Court’s use of unaffected market price as the sole indicator of fair value. In connection with appraisal claims resulting from Newell Brands’ acquisition of Jarden Group in 2016, the Chancery Court previously found that, of all the valuation methods presented by the parties’ experts, only the US$48.31 unaffected market price of Jarden stock could be used reliably to determine fair value.

The Chancery Court placed little or no weight on other valuation metrics (such as the deal price of US$59.21) because, according to the Chancery Court, the CEO dominated the sales process, there were no comparable companies to assess and the parties’ experts presented wildly divergent DCF models.

Affirming the Chancery Court decision, the Supreme Court expressly stated that “[t]here is no ‘long-recognized principle’ that a corporation’s unaffected market price cannot equate to fair value.” While acknowledging that it is not often that a corporation’s unaffected market price alone will suppose fair value, the Supreme Court supported the Chancery Court’s finding because it did consider alternative measures of fair value, but ultimately explained its reasons for not relying on that evidence.

In August, the Chancery Court highlighted the importance of exculpatory charter provisions when it dismissed breach of fiduciary duty claims against the directors of USG Corporation (the makers of “Sheetrock”) in connection with the sale of USG to a strategic buyer, Gebr. Knauf.

While the acquisition was approved by a majority of USG’s disinterested stockholders, the Court did not dismiss the breach of fiduciary duties claims on the basis of Corwin cleansing. Under Corwin, breach of fiduciary duty claims are subject to dismissal if the transaction is approved by a fully informed, uncoerced majority of disinterested stockholders. In this case, however, the Court found that the plaintiffs had adequately pleaded that USG’s stockholders were not fully informed. Plaintiffs alleged that USG’s directors had reached a subjective belief that USG had an intrinsic value nearly 15 percent higher than the deal price, yet the directors failed to disclose this fact to USG’s stockholders.

Despite Corwin cleansing being unavailable, the Court still dismissed the breach of fiduciary duty claims against the USG directors. The Court held that, due to a standard exculpation clause (Section 102(b)(7) of the Delaware General Corporation Law) in USG’s charter, plaintiffs would be required to demonstrate a breach of the duty of loyalty, or bad faith, to recover damages.

The Court rejected the plaintiffs’ argument that simply raising a reasonable inference of disclosure deficiencies that would make Corwin cleansing inapplicable was enough to plead bad faith. The Court explained that the concept of bad faith, and the determination of adequate disclosure for Corwin purposes, are “fundamentally separate.”

The Court also rejected the plaintiffs’ argument that simply pleading a Revlon breach (failing to act reasonably to maximize value for USG’s stockholders) was sufficient to avoid a motion to dismiss.

The Court found that, in order to avoid the exculpation clause, plaintiffs must allege not only that the sales process was unreasonable, but that the failure to run a Revlon- compliant sales process was an “intentional failure or a conscious disregard of the duty to seek the highest price reasonably available.”

Finding no other facts alleged to support a finding of bad faith or a breach of the duty of loyalty, the Court dismissed all breach of fiduciary duty claims against the USG directors.

At the end of November, the Chancery Court provided guidance on Material Adverse Effect provisions and ordinary course of business covenants in the context of a target company affected by the COVID-19 pandemic. The Court found in favor of Mirae Asset Financial Group in connection with its September 2019 agreement to purchase Strategic Hotels & Resorts LLC from AB Stable VIII LLC.

While assuming, for purposes of analysis, that Strategic suffered an effect that was both material and adverse, the Court found that AB Stable nevertheless proved that the consequences of the COVID-19 pandemic fell within an exception to the MAE definition for effects resulting from “natural disasters and calamities.” The Court found that the COVID-19 pandemic  fits within the plain meaning of the term “calamity.” The Court also viewed the risk from a global pandemic as a systemic risk, which the MAE definition shifted to the buyer. Consequently, according to the Court, the business of Strategic and its subsidiaries did not suffer an MAE as defined in the purchase agreement.

However, the Court went on to find that Mirae proved that due to the COVID-19 pandemic, Strategic made extensive changes to its business. Due to those changes, its business was not conducted only in the ordinary course of business, consistent with past practice in all material respects, as required by the purchase agreement. The Court held that Delaware precedent required it to “compare the company’s actions with how the company has routinely operated and hold that a company breaches an ordinary course covenant by departing significantly from that routine.” According to the Court, the purchase agreement’s covenant compliance condition therefore failed, relieving Mirae of its obligation to close. Based on its findings, the Court ruled that Mirae was entitled to the return of its US$581 million deposit, plus interest, as well as transaction-related expenses of US$3.7 million plus attorneys’ fees.

As M&A activity continues to move forward during the COVID-19 pandemic, AB Stable reinforces the importance of carefully drafted MAE definitions and ordinary course of business covenants to specifically address how the parties expect the target business to be run between signing and closing, and the parameters of permitted deviations.

Click here to read the full magazine
Against all odds: US M&A 2020 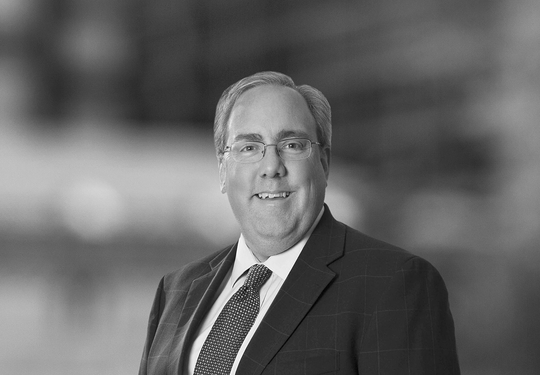