The influx of foreign direct investment into Africa has been reaching new highs, with tens of billions of US dollars pouring into various African countries every year and reaching a record high with US$83 billion invested in 2021. More is yet to come, with US$2.5 trillion worth of infrastructure projects estimated to be completed by 2025—and much of it will come from foreign investors. Many African countries have vowed to promote and protect such foreign investments. Indeed, the proliferation of bilateral investment treaties (BITs), other treaties with investment provisions and foreign investment laws (FILs) in Africa, along with the parallel rise in numbers of claims brought by African investors and claims brought against African states under such instruments, show that investment protection is an important consideration. At the same time, various African states have been revamping the system in recent years to emphasize the states' policy objectives. 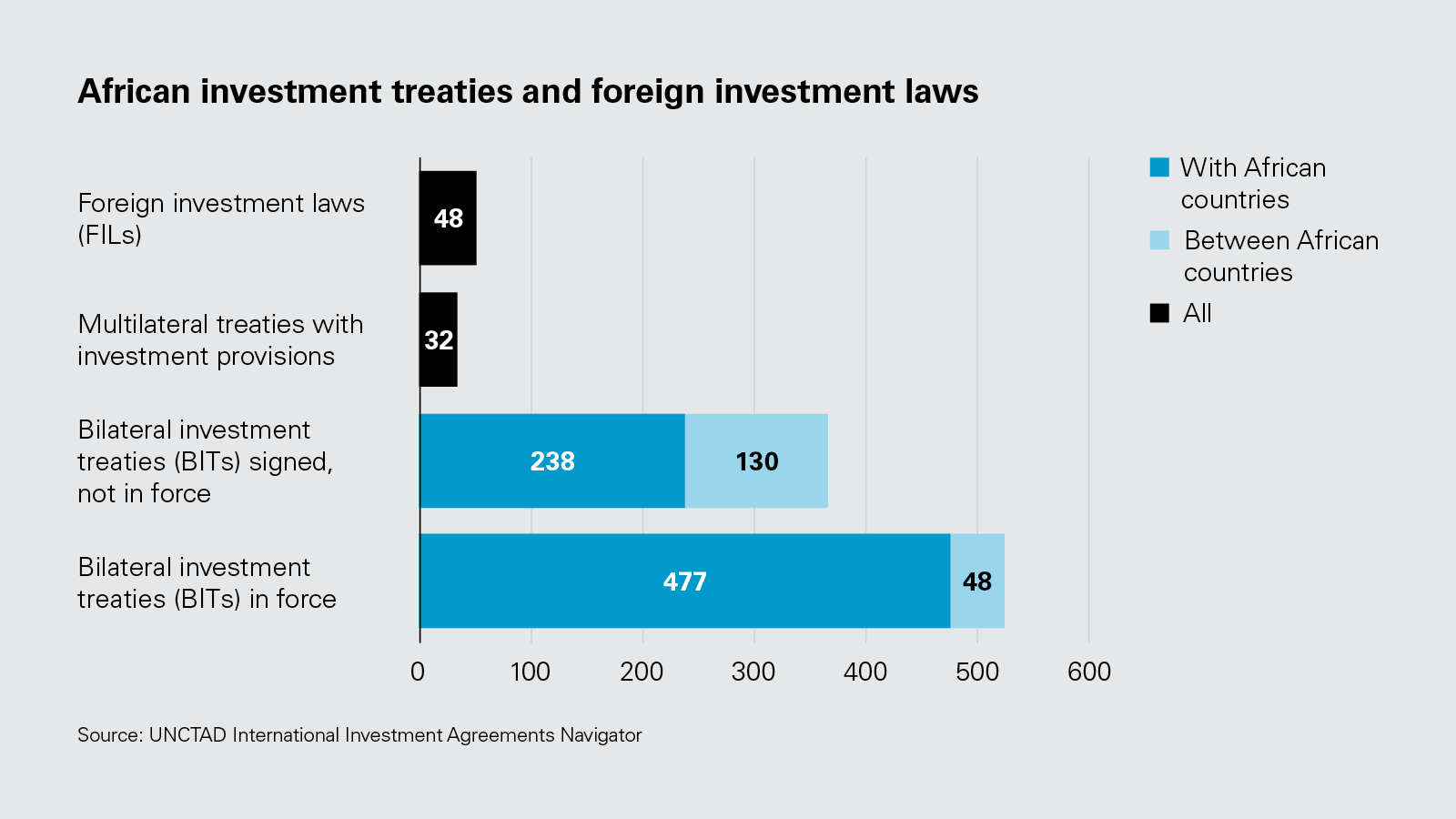 As of October 2022, there were 525 BITs with African countries—including almost 50 intra-African BITs—in force, alongside more than 30 multilateral treaties with investment protections, including the COMESA (Common Market for Eastern and Southern Africa) Treaty (1993); the OIC (Organisation of Islamic Cooperation) Investment Agreement (1981); the Economic Community of the Western African States (ECOWAS) Supplementary Act for Common Investment Rules for the Community (2008) and the Common Investment Code (2019); as well as the Arab League of States' Arab Investment Agreement (1980). The extensive realm of investment protection also includes domestic FILs, which were adopted by almost 50 African states. It also covers non-binding instruments such as model BITs and the Pan-African Investment Code. Negotiations for the Investment Protocol of the African Continental Free Trade Area are currently underway. If adopted, it will be the first binding investment agreement at the continental level.

Who is eligible for protection?

To qualify for investment treaty protection, an "investor" must be a national—a physical or legal person—of a state other than the host state (the other contracting state). While this assessment is fairly straightforward for natural persons, it may be more cumbersome for legal persons, such as companies, in particular if, in addition to the place of incorporation, the treaty imposes further conditions, such as having substantial business activities.

As for "investments," treaties typically encompass "all kinds of assets" and include open catalogues of assets that are covered, including, e.g., shares, real estate property, concessions, claims to money and copyrights, among other things. To determine whether an investment was made, some investment tribunals also consider whether the investor has made a contribution of money/assets having a certain risk and duration to the host state's economy. 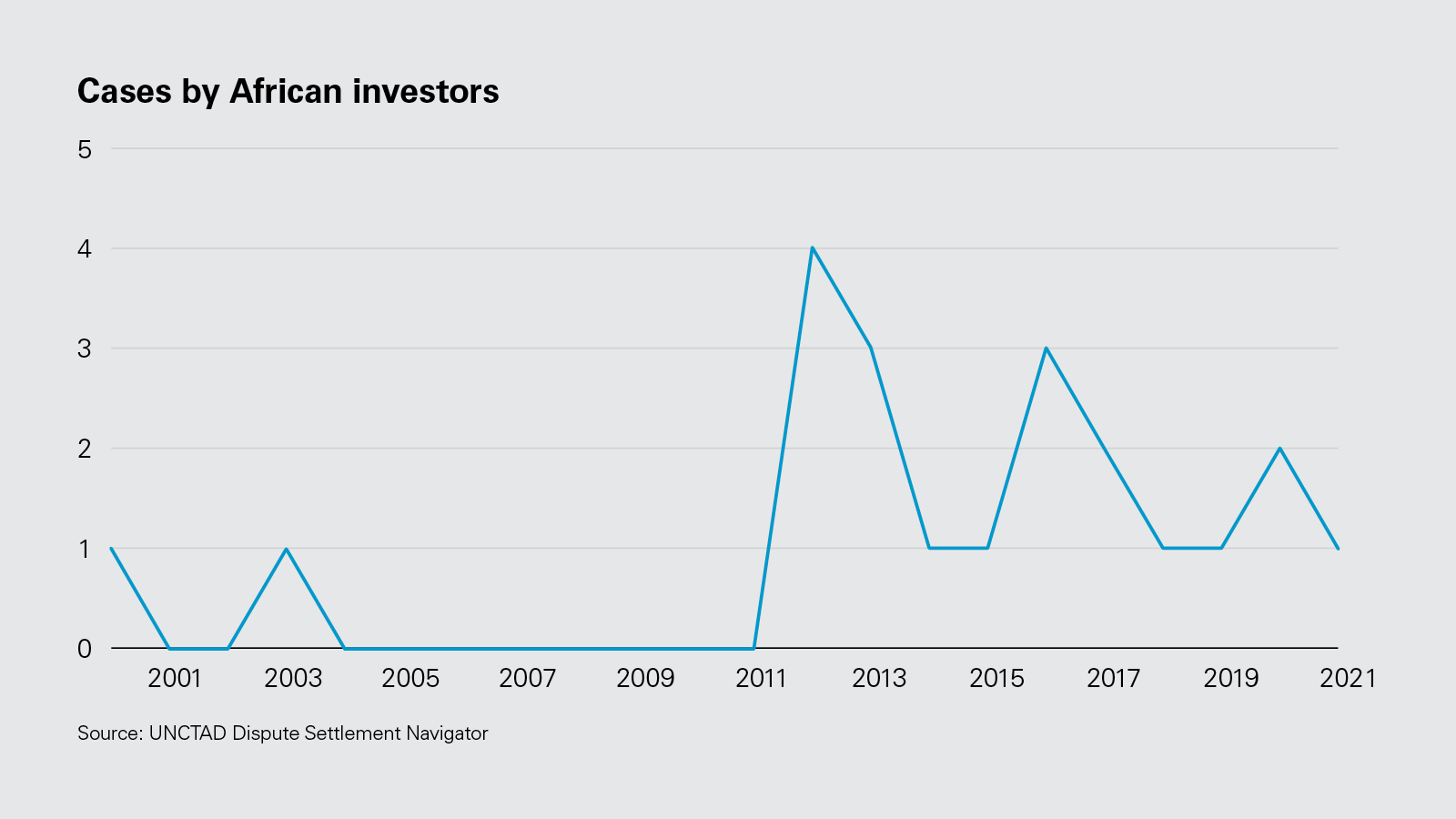 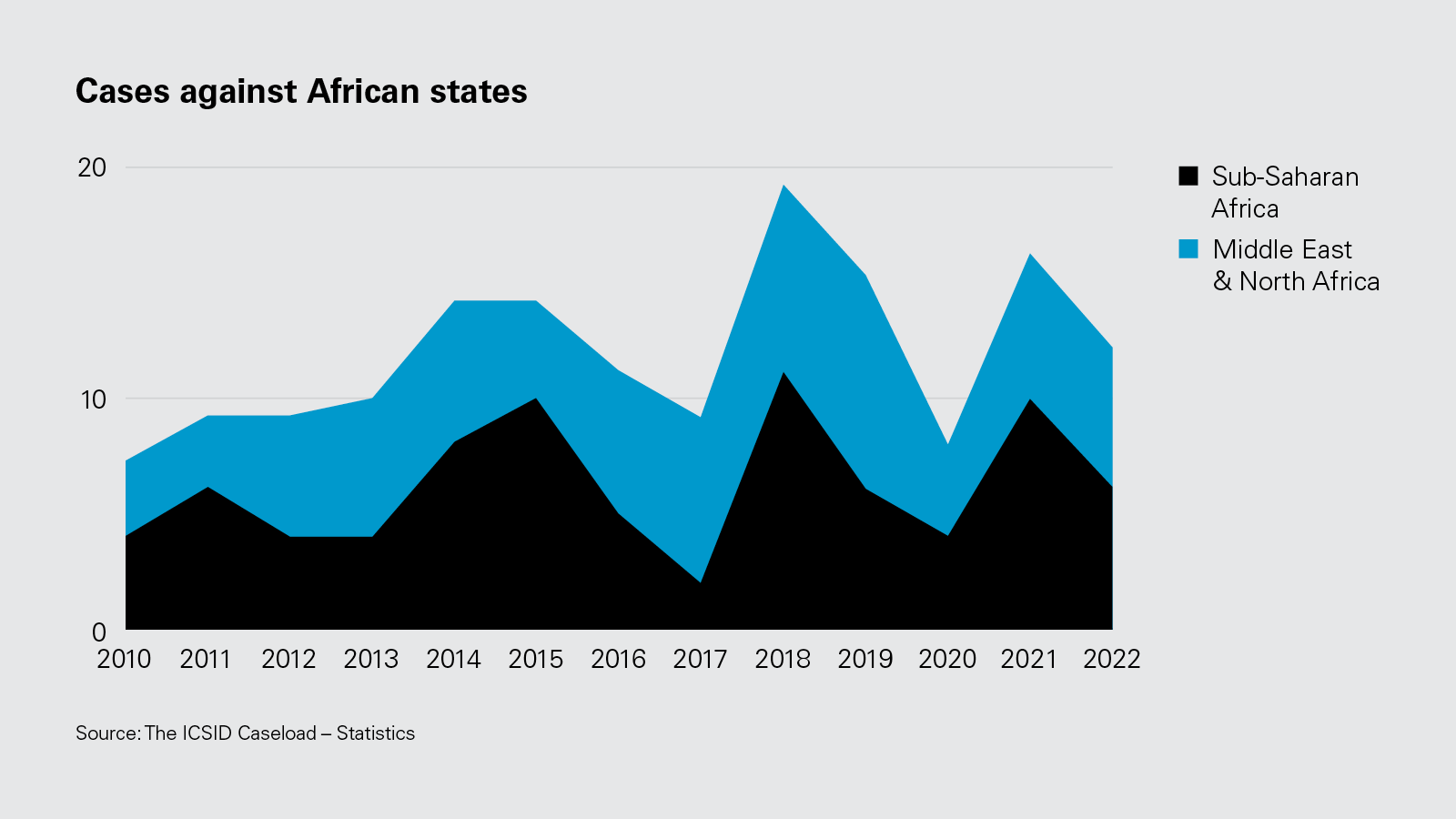 How to ensure an investment is covered

When there is no suitable investment treaty between the foreign investor's state of incorporation and the host state, some investors choose to (re-)structure their investments to ensure a sufficient level of investment protection. This is often done by inserting an entity established in a state that has an investment treaty in force with the host state into the ownership structure of the investment. While investment planning—such as tax optimization—is a legitimate tool, the timing of the (re-)structuring is key: Some tribunals have dismissed investment claims where the restructuring—presumably to gain protection under a treaty—has been carried out after a dispute with the state has arisen or become reasonably foreseeable.

What if the state violates its obligations under investment treaties?

Under investment treaties, states assume a number of obligations toward such qualifying foreign investors and their investments. These typically are, e.g., to protect investments from unlawful expropriation and to ensure fair and equitable treatment, full protection and security and non-discriminatory treatment. If a state violates its treaty obligations, the qualifying investor may bring a claim directly against the state to a forum provided for in the treaty in accordance with its investor-state dispute settlement (ISDS) mechanisms.

Some investment treaties require that, as the first step to resolve any investor-state dispute and before turning to arbitration, an aggrieved investor send a notice of dispute to the state and attempt to resolve its dispute amicably. If there is no resolution within a prescribed time, often three to 12 months, the investor will typically be entitled to commence arbitration.

The arbitration forum and rules depend on a particular treaty, with African BITs often referring to ICSID (the International Centre for the Settlement of Investment Disputes) or UNCITRAL (the United Nations Commission on International Trade Law) arbitration. ICSID arbitration, which is held under the auspices of the World Bank, is available with respect to states that have signed and ratified the ICSID Convention (the Convention on the Settlement of Investment Disputes between States and Nationals of Other States). The vast majority of African states are parties to the ICSID Convention, with Angola, Equatorial Guinea, Eritrea, Libya, South Africa and Western Sahara being notable exceptions.

Once the investor initiates arbitration, typically each party to the dispute appoints one arbitrator, who then together appoint the presiding arbitrator and form a tribunal. The proceeding usually involves two rounds of written submissions submitted with witness, expert and documentary evidence, as well as a document production phase, and is followed by a hearing. On average, investor-state arbitrations last between three and four years.

If the tribunal finds the state to have violated its treaty obligations, it will issue an award in favor of the investor. The most frequent remedy for aggrieved investors is monetary damages, seeking to put the investor in the position it would have been but for the state's treaty violation. For example, in KCI v. Gabon, a Tunisian investor in the construction sector was awarded €4.3 million from Gabon for the latter's violation of the OIC Investment Agreement, a multilateral treaty with investment provisions to which a number of African states, including Tunisia and Gabon, are parties, while in Unión Fenosa Gas v. Egypt, a Spanish investor in the natural gas sector was awarded US$2.013 billion for Egypt's violation of the Egypt-Spain BIT. 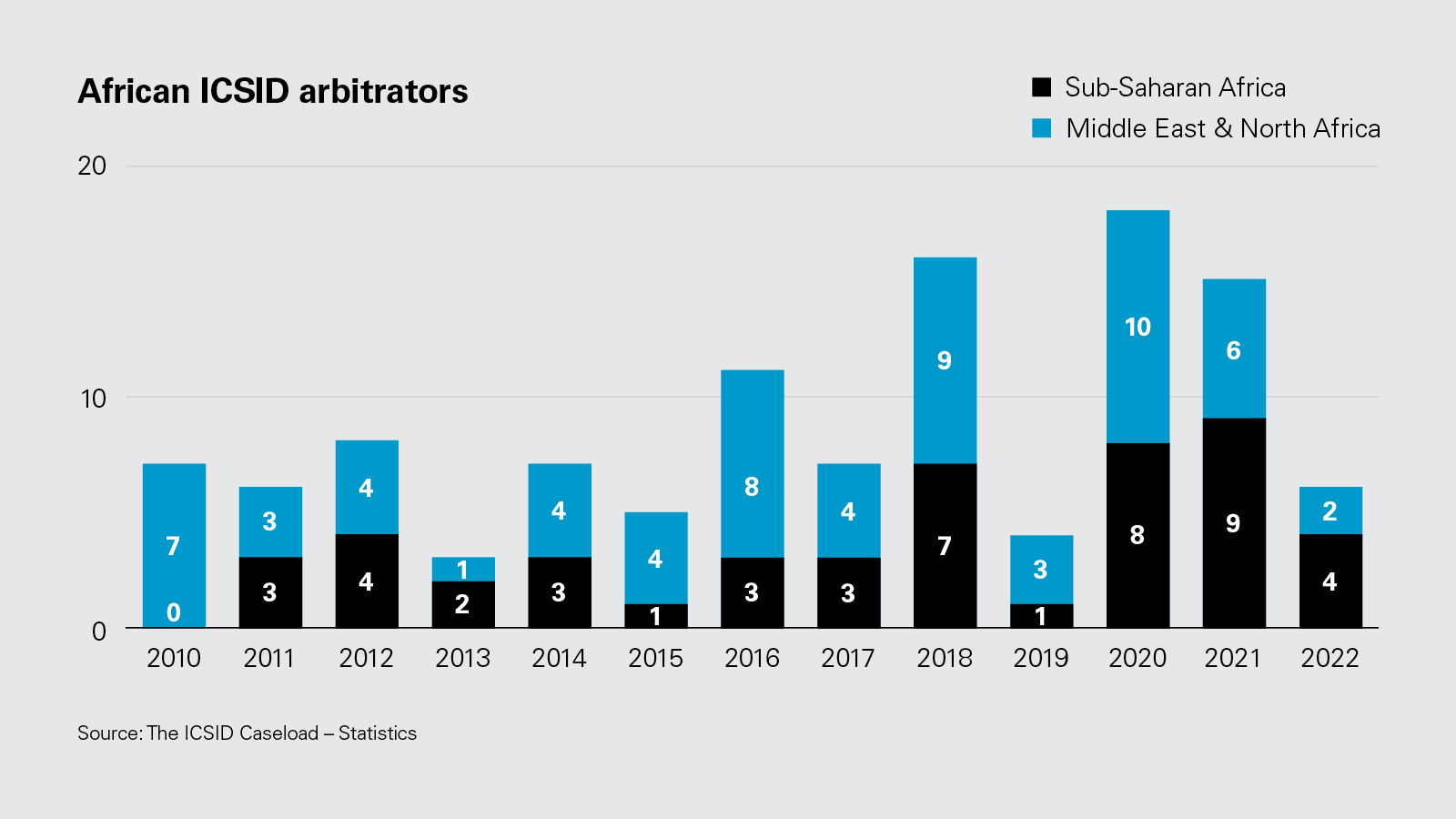 The overall number of ISDS cases were on the rise in the past two decades, with African investors having brought more than 20 cases during this time.

The increasing numbers of ISDS cases have contributed to African states and institutions taking another look at the standards of protection and the ISDS mechanisms. These endeavors strive to move away from the treaties concluded in the past century and emphasize state policy objectives. For instance, on the domestic level, in 2015, South Africa (which decided more than a decade ago to terminate most of its BITs) promulgated the Protection of Investment Act, which replaces the classic fair and equitable treatment standard with "fair administrative treatment" and significantly limits access to international arbitration. On the international plane, the efforts span from emphasizing sustainability, investor obligations and protection of the host states' regulatory discretion in the newly concluded BITs; through placing direct obligations on investors, redefining investment protection standards and expressly providing for states' counterclaims in the African Union's Pan-African Investment Code, to featuring cultural attributes of African nations, including the principle of Ubuntu (translating to "human dignity and equality to any person"), and highlighting the protection of indigenous communities in the Africa Arbitration Academy 2022 model BIT for African States.