In line with overall M&A activity, US PE dealmaking in H1 lagged behind 2021 in terms of both value and volume. Total deal value of US$415 billion during the first half of the year represents a 28 percent fall year-on-year—yet this level of activity looks on track to reach the second-highest annual deal value in Mergermarket’s history (since 2006), after the record-topping 2021.

A deal volume of 1,727, while 20 percent below the 2021 total, is still firmly ahead of pre-2020 activity levels. This resilience proves that a new level of US PE dealmaking is being set in the post-pandemic era.s

PE firms have managed to achieve this level of activity despite more challenging macroeconomic conditions, with rising interest rates making it increasingly difficult to agree on valuations. Tighter monetary conditions also mean that GPs are finding financing more difficult for their buyouts. When facing economic headwinds, PE firms are also more likely to extend their investment periods, which may cause a slowdown in the exit market.

Yet, while an economic downturn is widely anticipated across the market, PE firms are well placed to take advantage of the investment opportunities these conditions present.

The TMT sector saw the greatest level of buyout activity in the first six months of this year, by both value and volume. The number of transactions increased by 17 percent year-on-year to 727 deals—making it one of the few sectors that experienced an annual increase in the number of buyout transactions this year.

Transaction value stayed steady from H1 2021 to the same period this year, coming to a total of US$133.1 billion, just under the previous year’s US$133.2 billion total.

The largest buyout announced was Vista Equity Partners’ US$16.6 billion purchase of Citrix Systems—a clear bet on a more permanent shift to hybrid working. Citrix’s software—which enables employees to work securely from their devices remotely—saw demand soar amid the pandemic.

In response to investor pressure and consumer demand, PE investors are increasingly shifting their attention to clean energy targets. In January, US PE giant Blackstone conducted a landmark transaction in the renewable power space, investing US$3 billion in solar and wind developer Invenergy Renewables. Blackstone has already committed nearly US$13 billion in investments consistent with the broader energy transition since 2019.

The rest of the market is following suit. According to data from S&P Global Market Intelligence, US and Canadian venture capital and private equity firms invested a record US$6.8 billion in 2021 in energy efficiency, storage and management, along with new technologies to reduce carbon emissions. 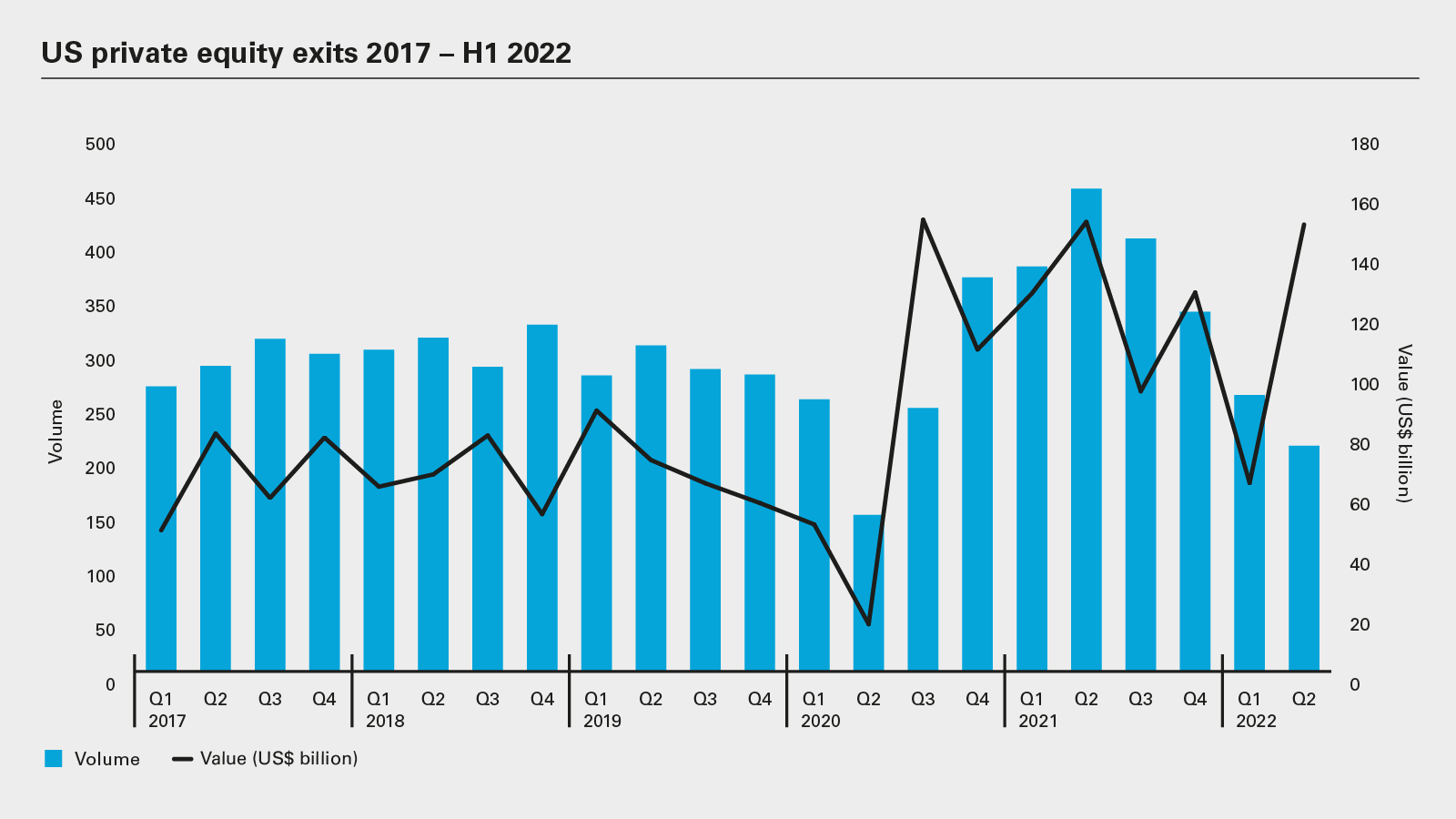 Biden administration officials have been vocal about how greater scrutiny should be applied to the industry. The DOJ’s recently appointed head of antitrust, Jonathan Kanter, pledged to take a tougher stance on roll-up deals based on anti-competition concerns. Divestiture deals will also come under increased focus, if the sale is seen as making a company less competitive within its industry.

To gain a more accurate competitive picture of deals, the DOJ, along with the FTC, is in the process of increasing disclosure requirements on pre-merger notification forms, while conducting an overhaul of merger guidelines in order to clamp down on anti-competitive deals.

The SEC, meanwhile, has taken steps to increase its oversight of private financial markets, voting in favor of a string of proposed regulations in February. The proposed rules, which include banning certain fees that buyout firms charge and blocking preferential terms for certain investors, are said to be the biggest step that the SEC has taken to improve oversight in the market since the passing of the Dodd–Frank Act in 2010.

While these regulatory changes have yet to materially impact the PE industry, buyout firms will be keeping a close eye on developments. Regulatory compliance may become more burdensome but, with adequate preparation, should not deter sponsors from transacting.