Boosted by a few record-setting tech deals at the top end of the market, TMT continues to dominate US M&A value

Technology, media and telecoms (TMT) continued its reign as the dominant sector for US M&A in the first half of 2022, despite a year-on-year collapse in the value of media and telecoms deals. Technology remains at the core of America’s innovation economy and it shows in the deal data. There were US$415.4 billion worth of tech transactions, up 5 percent on the first half of 2021. Media and telecoms acquisitions fell by 79 percent and 40 percent, respectively, to US$31.3 billion and US$9.8 billion. This is despite a much-discussed softening of technology stock prices in the public markets.

All of the top-three largest M&A transactions so far this year have been tech plays, led by Microsoft’s US$75.1 billion bid for gaming company Activision Blizzard. Second to this was chipmaker Broadcom’s US$71.6 billion offer for software business VMware, followed by Elon Musk’s since-rescinded US$41.3 billion Twitter overture.

Even discounting these three outsized acquisitions would put the technology sector in the lead by a factor of more than two. What’s more, technology delivered the most transactions by a vast margin. There were 1,299 tech M&A deals in H1 2022, down 4 percent year-on-year, nearly three times the second-highest volume sector, pharma, medical and biotech (PMB), which counted 481 deals, down 29 percent on the same period last year. 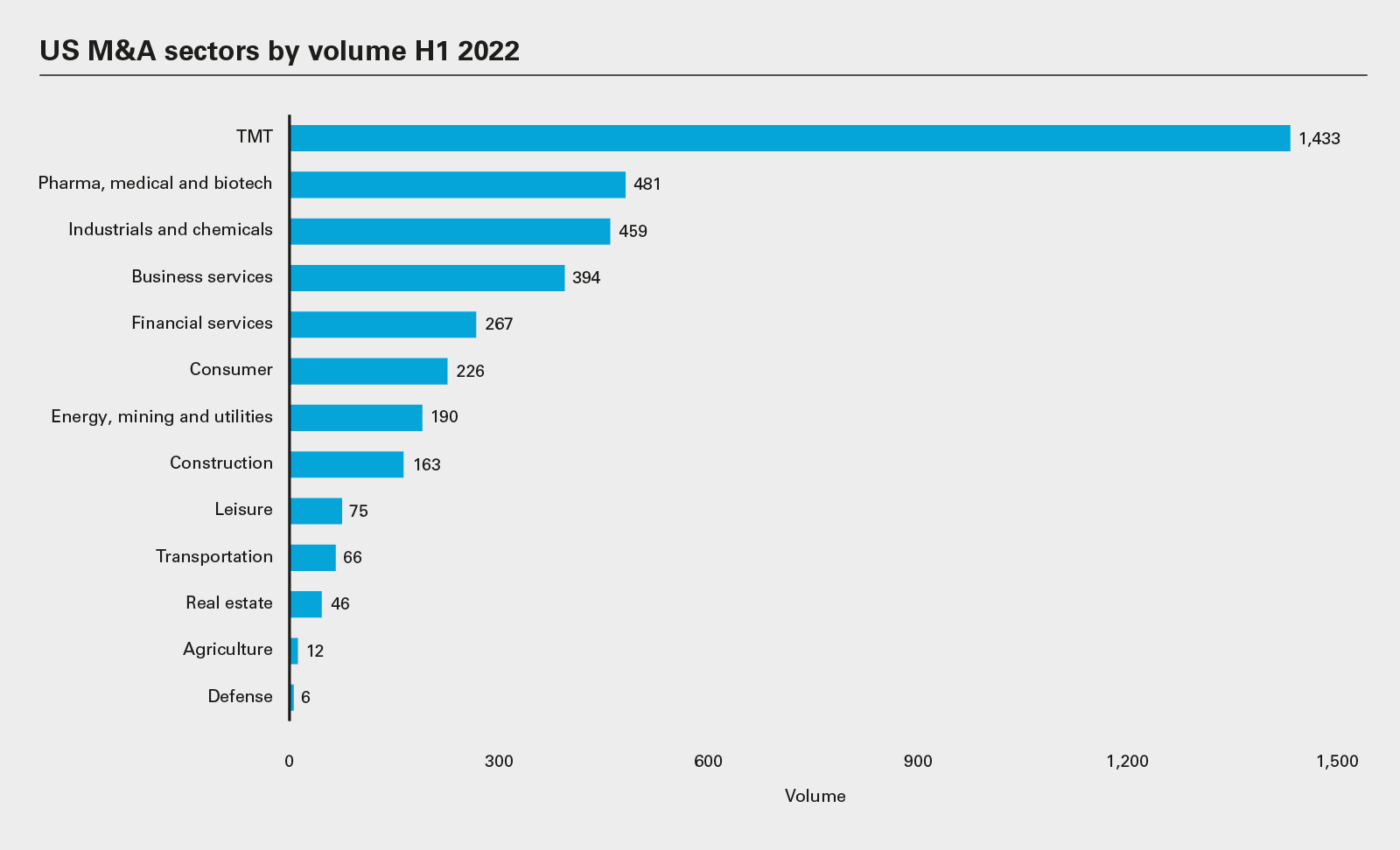 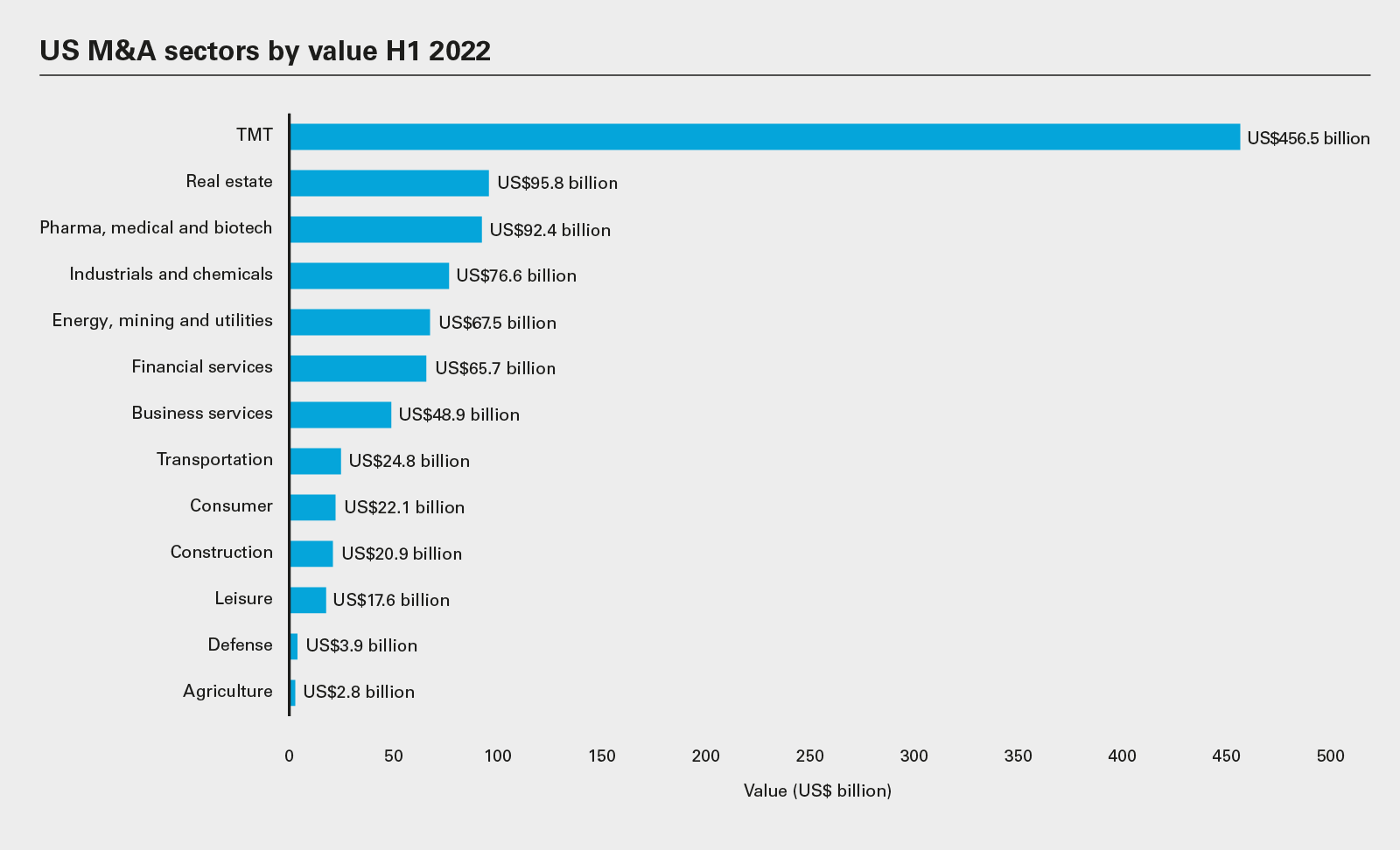 Real estate just beat PMB as measured in aggregate value, with a total of US$95.8 billion, a 109 percent annual gain. Nearly a third of this came from the US$27.9 billion all-stock acquisition of Duke Realty Corp. by Prologis, competing industrial real estate investment trusts specializing in warehouse logistics.

In many ways, the pandemic has left a lasting impression on M&A markets. Supply chains have been under immense pressure over the past two years, and best-in-class logistics services can help to relieve some of that burden by improving efficiencies and costs. In the case of PMB, which recorded US$92.4 billion, down 51 percent, Pfizer claimed the largest deal with its US$11.6 billion purchase of Biohaven Pharmaceutical. The pharma giant aims to commercialize the drug Rimegepant, sold under the Nurtec brand for the treatment of episodic migraines. Pharma giants are flush with cash since the pandemic, and are looking to deploy capital to shore up their drug pipelines.