Some market sectors proved resilient during the pandemic, or even received a boost. Areas such as technology and e-commerce and biotech all continue to outperform, adding to investors’ appetites for good stocks.

In line with global activity, the European IPO market was rocked by COVID-19 but staged a dramatic comeback in the second half of the year. And, surprisingly, the sources for this revival did not come from the continent's biggest economies.

The pandemic hit Europe harder than most markets. The first half of 2020 was the slowest such period for IPO activity in the region in the past five years. There were just 36 IPOs in the region during the first half, with a collective offering value of US$5.9 billion in total. That represented a 49 percent drop in volume compared to 2019 and a 51 percent decline in the total offer value.

The pre-COVID-19 period (January and February) had been characterized by optimism and IPO activity was relatively robust due to favorable conditions. Equity markets were in good health, buoyed by political stability following an agreement between the UK and the EU on how the former's departure from the EU would take place; December's decisive general election result in the UK also provided reassurance. Demand for good-quality IPOs also looked secure, particularly in sectors such as technology.

But as the scale and severity of the pandemic became apparent, IPOs were postponed or canceled altogether. Of the ten-biggest listings in the first half, not a single one took place during March or April, at the height of the crisis. 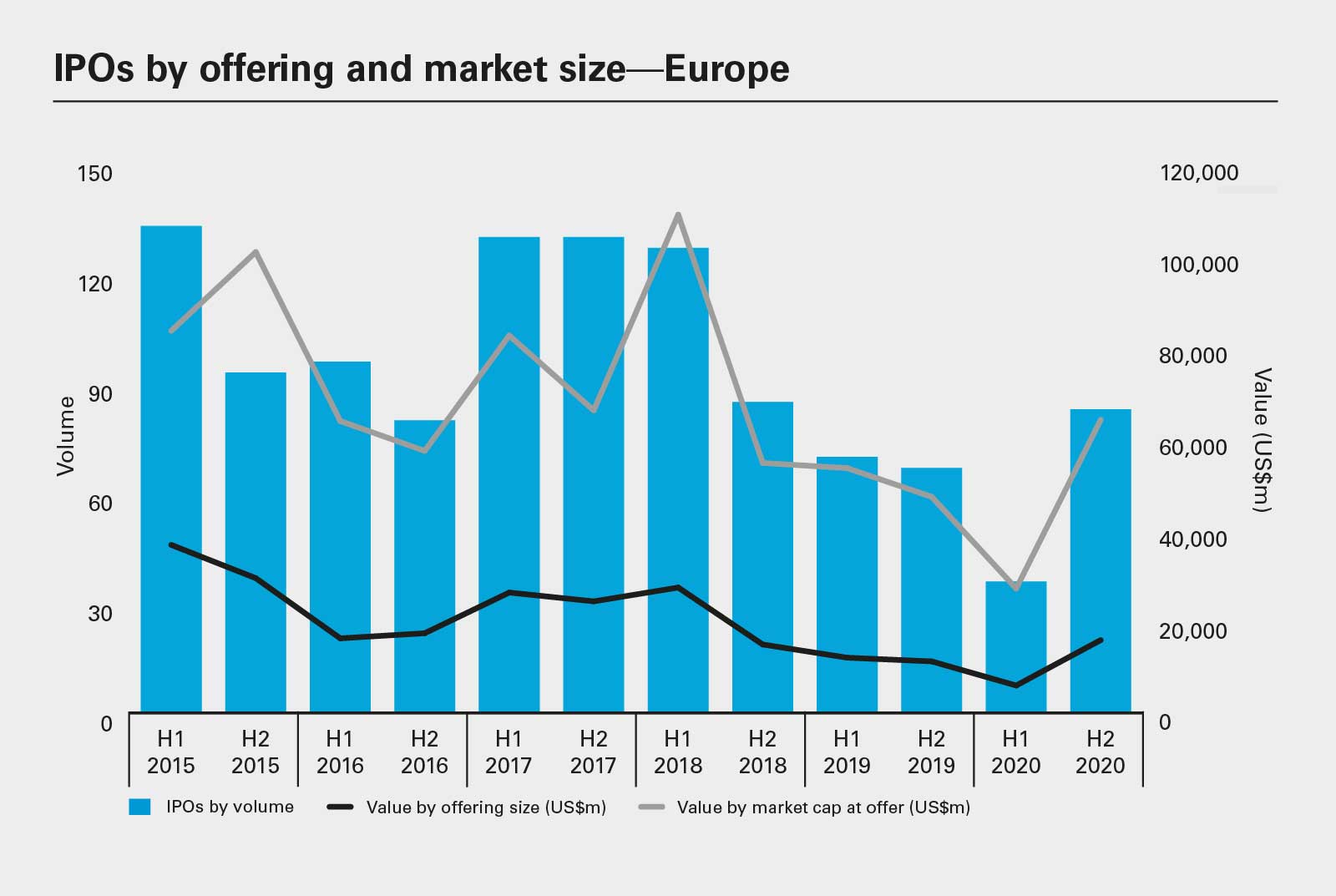 Those listings that did get off the blocks in the first half of the year were mainly clustered in the technology, media and telecoms (TMT) sector, which generated more IPOs than any other: 12.

The consumer sector, meanwhile, accounted for the greatest share of the market by value, raising US$3.2 billion. Almost all of that consumer total came from the IPO of the coffee giant JDE Peet's, the largest European IPO in the first half of the year. Indeed, its successful listing on Euronext Amsterdam, which raised almost US$2.9 billion, represented something of a turning point in May. The IPO was managed through a three-day virtual roadshow that circumvented COVID-19 travel restrictions and proved it was possible to get even large transactions underway in the face of the pandemic. In Italy, the IPO of industrials group GVS, the largest IPO in Italy and the second-largest deal in Europe in the first half of the year, took a similar approach.

The second half of the year saw a dramatic turnaround, with 83 listings including top-ten offerings for UK e-commerce firm The Hut Group and Polish online retailer Allegro. eu, with both raising approximately US$2.5 billion. This contributed to an H2 total of US$15.8 billion—the highest half year value since H1 2018. In total, US$21.7 billion was raised in 2020 from 119 deals—only 6.2 percent and 13 percent down, respectively, on the previous year, which shows the strength of the comeback and that solid fundamentals underpin the European market.

In addition, some market sectors proved resilient during the pandemic, or even received a boost. Areas such as technology, e-commerce and biotech all continue to outperform, adding to investors' appetites for good stocks. In terms of market share, TMT took the largest share of value with 35 percent followed by consumer with 16 percent. Volumewise, industrials took the top spot with 21 percent of listings, with TMT just behind at 20 percent. However, even more than sectors, it was the locations of the listings that made interesting reading and could provide a roadmap for future growth.

In almost any other year, the top region for listings in Europe for IPOs would have been the UK or Germany, in terms of both volume and value of listings. In 2020, however, new regions took precedence. In terms of volume, the Nordics had by far the most listings with 53—the UK was second with 18. Central and Eastern Europe had the highest listings value with US$5.4 billion, although a sizable chunk of that came from the Allegro.eu IPO in Poland. Amsterdam also proved to be a high-value location playing host to Europe's biggest IPO in the shape of JDE Peet.

One of the most innovative and busy exchanges in the region has been the Norwegian Merkur Market, a trading facility for small and medium-sized companies, which has seen astounding growth in the past year, especially from IT and renewables companies.

This spread of listings across Europe, rather than just the usual LSE and Euronext powerhouses, is a cause for genuine optimism in 2021.

Add to this a growing pipeline of deals, the continued early engagement of investors and, more importantly, a vaccine rollout across the continent, and Europe's strong recovery is very likely to continue. 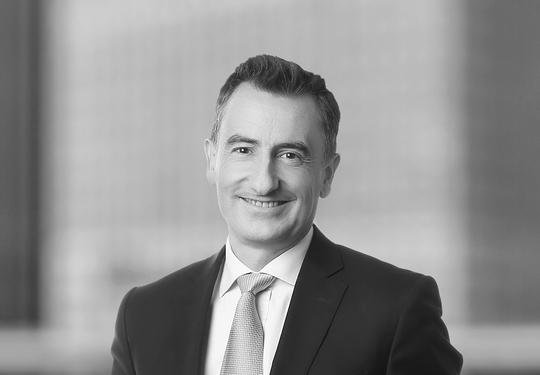 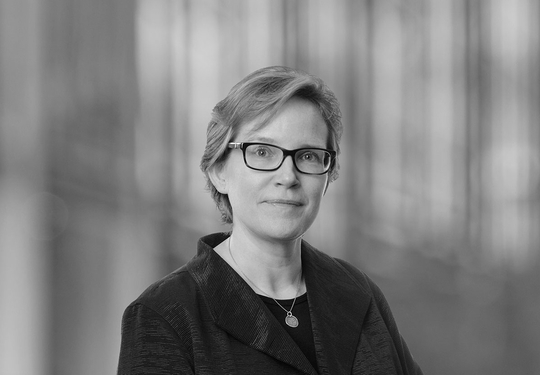