White & Case partners Carolyn Lamm, Andrea Menaker and Abby Cohen Smutny (Washington, DC) were named in Benchmark's 2014 Top 250 Women in Litigation guide, a guide to North America's leading women litigators. The winners were determined through an analysis of the markets after a research cycle beginning in February 2014 and ending in June.

Lamm is Co-Chair of the International Arbitration Practice for the Americas and represents primarily foreign corporate clients and foreign sovereigns. She has led teams and successfully argued to prevail in precedent-setting cases in ICSID and its Additional Facility, NAFTA and other international arbitral proceedings involving States, as well as commercial arbitral for a, including AAA/ICDR, ICC, Vienna Centre, Stockholm Chamber, Swiss Chamber, and in federal court litigation. Serving on the Governing Board of ICCA, she has also served as President of the DC Bar and American Bar Associations. She is a member of the ALI Council, a Counselor on the ALI's Restatement 4th on the law of Foreign Relations and sits on the Advisory Committee of the ALI Restatement on International Arbitration. She also sits as arbitrator in ICSID and ICDR arbitrations.

Menaker has extensive experience in matters involving investment treaty arbitration, international investment protections, public international law, sovereign immunity and the enforcement of foreign arbitral awards. She has represented both claimant investors and respondent States in arbitrations before the International Centre for Settlement of Investment Disputes (ICSID) and its Additional Facility, the International Chamber of Commerce (ICC) and other arbitral institutions, as well as in ad hoc arbitrations under the Arbitration Rules of the United Nations Commission on International Trade Law (UNCITRAL), in a wide range of disputes involving the electricity, mining, oil and gas, telecommunications and banking industries. Menaker is the Chair of the Programme Committee for ICCA's 2016 Congress, a member of ASIL's Executive Council, a member of the ALI, a Consultative Forum Member of BIICL, an Advisory Board Member of the ILI, and a member of UNCTAD's Investment Experts Group. She taught international commercial arbitration at Georgetown University Law Center for several years, and previously served as Chief of the NAFTA Arbitration Division for the US Department of State.

Smutny is Co-Chair of the International Arbitration Practice for the Americas and is widely recognized as one of the leading counsel in international arbitration globally. She has represented and counseled clients in disputes involving numerous industries, including banking, financial services, oil and gas, mining, electric power, real estate development, water supply, retail, pharmaceuticals, construction, tobacco, railroads, telecommunications, and manufacturing. She represents clients in arbitrations before all major arbitral forums including ICSID, the ICC, the Vienna International Arbitral Centre, the LCIA, as well as ad hoc arbitrations, such as under the UNCITRAL Rules, and handles disputes arising under bilateral investment treaties (BITs), the Energy Charter Treaty, the NAFTA, the DR-CAFTA, and the ASEAN treaty. She is the Senior Vice-Chair of the Institute for Transnational Arbitration, a member of the Executive Council of the American Society of International Law, Vice-Chair of the North American Users Council of the LCIA, and is a member of the Advisory Committee of the ALI Restatement on International Arbitration, and a member of the Consultative Group of the ALI Restatement 4th on the Foreign Relations Law of the United States. 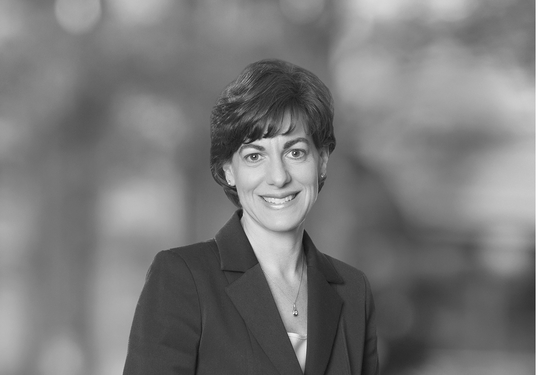